Rakesh Singh joined the BJP from the Congress ahead of the Lok Sabha election. 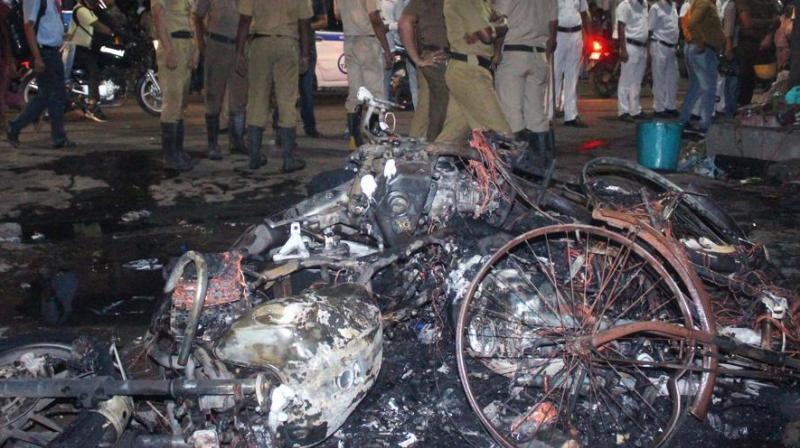 Violance erupted during the roadshow of BJP President Amit Shah in Kolkata on Tuesday.(Photo: ANI)

Kolkata: A day after the brazen attack on Vidyasagar College and vandalism of Bengali polymath Ishwar Chandra Vidyasagar’s bust there, a city-based BJP leader’s video on preparation for violence has gone viral.

In the video aparently clicked on Monday, Rakesh Singh, the BJP leader, is seen instructing the party workers via WhatsApp group message to attend party president Amit Shah’s roadshow on Tuesday with rods and sticks.

Taking a U-turn later, he however claimed that the video was “doctored”.

Mr Singh joined the BJP from the Congress ahead of the Lok Sabha election. Mr Singh is heard saying, “You, the members of Fatafati, know why you are for in the group. Violence can take place in tomorrow’s roadshow. We will remove those, who would not come, from the group.”

On Wednesday, Mr Singh claimed, “I wanted to mean that the stick of the flag remains strong. But the video which went viral has been doctored.”