Mr Tamang said he had urged the governor to apprise the situation to the Centre. 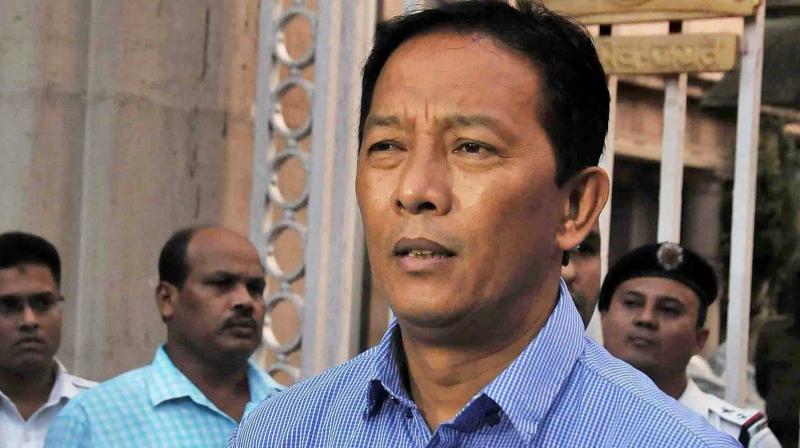 Kolkata: Expelled GJM leader and chairman of Board of Administrators (BoA) for Darjeeling, Binay Tamang on Sunday met West Bengal governor K.N.  Tripathi, and requested him to talk to the Centre to initiate tripartite talks to solve the impasse.

He said on Sunday’s meeting with Tripathi was a “courtesy call” after he was made the chairman of the BoA by the West Bengal government. Mr Tamang said he had urged the governor to apprise the situation to the Centre.

“We have told him that we are willing to talk to the Centre on the Darjeeling issue. The Centre must intervene as soon as possible and call us for talks on all the pending issues, including Gorkhaland.

“We have also apprised the governor that since 2015 there had been no tripartite talks involving the GTA,” he added. Describing the location of Darjeeling as “strategic” owing to its international borders with Nepal and Bhutan, Mr Tamang said discussions should be held quickly keeping in mind the sensitivity of the place.

On the fire incident at Patlebas village in the early hours of the day, he demanded the police conduct a proper investigation and that no innocent persons be arrested.

Mr Tamang along with party colleague and BoA vice chairman Anit Thapa had met chief minister Mamata Banerjee on Friday. The leaders along with three GJM MLAs will meet her again at the state secretariat on Monday.