The body was sent for a postmortem. He was admitted there on October 2 when a massive explosion killed a boy and left nine persons injured. 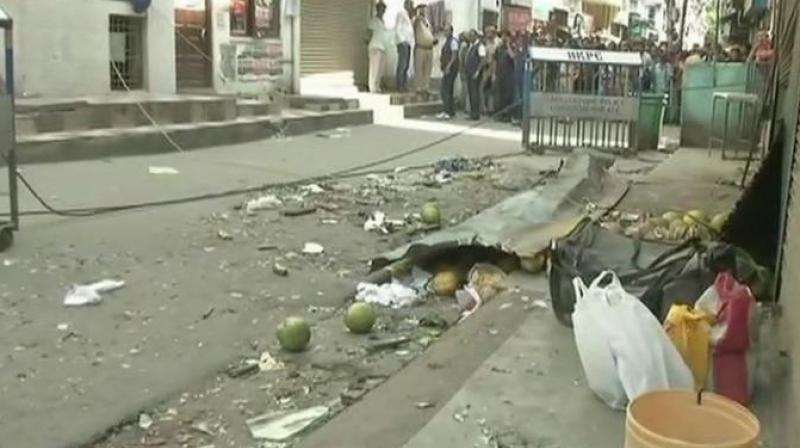 Kolkata: The toll in Nagerbazar blast rose to three with the death of another injured person even as senior BJP leader Mukul Roy claimed on Monday of no progress in the investigation by the criminal investigation department (CID). Sharat Shetty, a 36-year-old washerman, who was admitted to R G Kar Medical College and Hospital succumbed to injuries late on Sunday night.

The body was sent for a postmortem. He was admitted there on October 2 when a massive explosion killed a boy and left nine persons injured. Like Ajit Haldar, the fruit seller who died on Saturday night, Sharat also was a key witness to the blast as he was sitting at the tea stall. After his admission to the government-run hospital, the CID officers questionned him as a witness and got some vital clues.

However, his death may have come as a double blow to the probe by the state detective agency. Mr Roy who visited a puja pandal at BJ Block in Salt Lake reiterated the party's demand for a probe by the National Investigation Agency in Nagerbazar blast while taking a dig at the Mamata Banerjee government.

He added, “The NIA has to be given the case. This is the time of celebration. The present situation in West Bengal is such that bombs are exploding at a political party office while arms are found at some place. Even AK47 is also found. So the real picture will come out if the NIA is allowed to conduct the probe.”

Asked about the death of a key witness and no progress in investigation, Mr Roy claimed, “It is such a state where no investigation is conducted be it a case of murder or looting.”

The Trinamul Congress accused the RSS and BJP of having links with the incident while the BJP blamed the ruling party for the explosion. Although the CID was entrusted with the probe, no one has been arrested and the cause of explosion being wrapped up in mystery.