BJP leader Mukul Roy lodged a complaint with the Election Commission against Mamata Banerjee of violating the Model Code of Conduct. 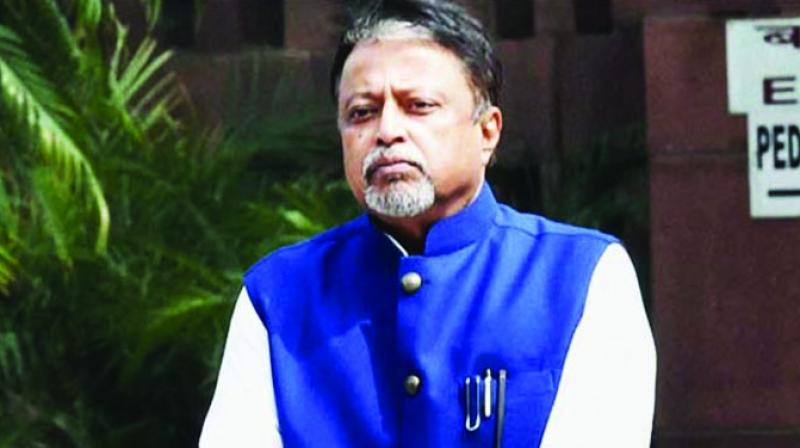 Kolkata: Demanding all booths be declared as “super-sensitive” in West Bengal and the state as “sensitive” in the ensuing Lok Sabha Elections senior BJP leader Mukul Roy on Saturday lodged a complaint with the Election Commission of India (ECI) against chief minister Mamata Banerjee of violating the Model Code of Conduct (MCC) by issuing orders for government work even after the polls have been announced.

He informed that he submitted a video to deputy election commissioner Sudeep Jain, who is in the city to review the poll preparedness, as evidence in support of his allegation against the Trinamul Congress supremo. Mr Roy also compared the Trinamul with clubs in the locality. “We demand each polling booth should be declared as super-sensitive and West Bengal as a sensitive state,” Mr Roy said after leading a BJP delegation which met Mr Jain.

He argued, “We have repeated what Ms Banerjee had demanded in 2009 and 2011. This is not my words. She herself signed in a letter calling for all booths to be declared sensitive. She also demanded then that the state police cannot be deployed anyway during the polls here. I only submitted those papers. I have not done anything new. Ms Banerjee is still giving government orders over the phone.”

Mr Roy elaborated, “Such a video clipping has been submitted by us. We need not want any favour. We only want a free and fair election.” Referring to the Trinamul he alleged, “What they run is a club. In a club, it is not required to declare a list of more than 40 candidates whereas the BJP is the biggest political party in the world. They have rules, policy and discipline. So they have to declare the candidates’ list after a thorough consultation.”

He added, “They have now reduced below a club in the Indian politics. So they can prepare the candidates’ list sitting at home. The ECI listened to us minutely and noted down everything. What decision it will take is up to it. We can not comment on that.”