Beautification will also cover 7 tributaries of the river. 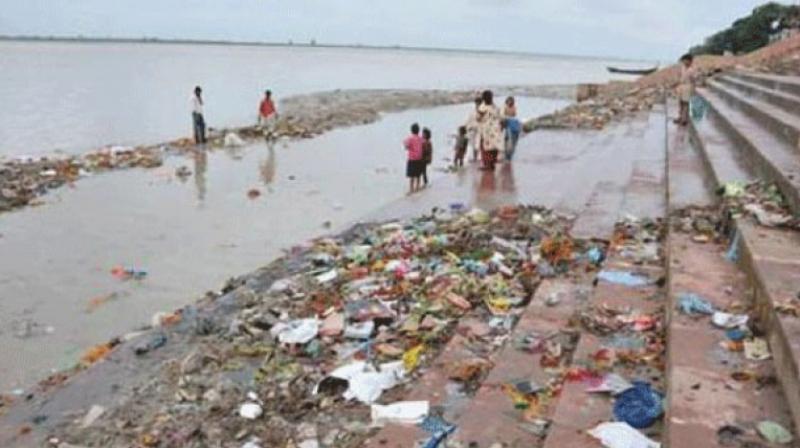 West Bengal is one of the five states that has been earmarked by the Centre under NGP for consolidation of the river bank, its beautification and curbing pollution said N.K.Pandey. (Representational image)

Kolkata: The Bengal forest department has commenced work for effective abatement of pollution, conservation and rejuvenation of the river Ganga and its seven major tributaries under the Namami Gange Project (NGP) of the Central government.

“West Bengal is one of the five states that has been earmarked by the Centre under NGP for consolidation of the river bank, its beautification and curbing pollution. The project involves treatment of 2,400 hectares of forest area, 500 hectares of river bank plantation and 3,250 hectare of institutional block plantation along the river Ganga in the treatment area of 5 km adjoining the river,” principal chief conservator of forests N.K.Pandey said.

According to sources in the forest department, the project is being implemented across the state except the districts of Jhargram, Jalpaiguri, Alipurduar and Coochbehar. The consolidation and beautification work will also cover seven major tributaries of the Ganga — Mahananda, Bansloi, Mayurakshi, Ajoy, Damodar, Tarkeshwar, Kangsabati with their adjoining treatment area being 2 km.

In the present context, the treatment is being done only on the forest land and the land owned by government or public institutions like schools and colleges.

The Centre had already sanctioned Rs 11.30 crore for 2016-17 and Rs 8.30 crore for 2017-18. Apart from Bengal, Uttarakhand, Uttar Pradesh, Jharkhand and Bihar are four other states that have been directed by the Centre to take up work under the project.

NGP, an integrated conservation mission, was approved as the flagship programme by the government in June 2014 with a budget outlay of Rs 20,000 crore to accomplish twin objectives of effective abatement of pollution, conservation and rejuvenation of the Ganga.