Documentary on Prosenjit screened at KIFF

Prosenjit told reporters after the screening of the documentary For Cinema Only on Wednesday night that he cannot think beyond films. 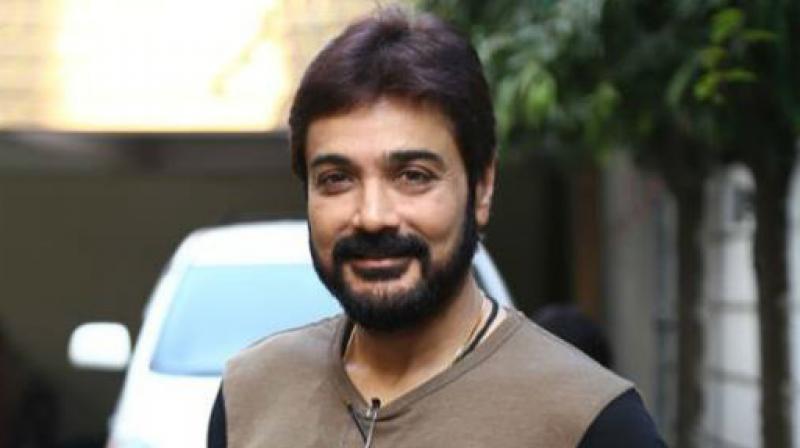 Kolkata: A documentary on the life of Bengali film superstar Prosenjit Chaterjee has been screened at the 23rd Kolkata International Film Festival with the actor saying the non-fictional work captures the journey of an actor.

Prosenjit told reporters after the screening of the documentary For Cinema Only on Wednesday night that he cannot think beyond films.

“At a very personal level this documentary is basically the journey of an actor with a level of leadership and responsibility, it is all about a man’s passion for cinema,” Prosenjit said.

Expressing pride for a film on him being shown at an international film festival, he said, “at one point of time we used to stop shooting after 4 pm for watching films at the Kolkata International Film Festival and even sat on the floors to see latest works of world renowned directors in overcrowded theatre.”

“Now a documentary is being on shown on me, Prosenjit Chatterjee, along with best of the documentaries and shorts in world cinema. It is a blessing for me,” he said.

Stating that he has worked with over 100 film makers and 120 heroines in his 35-year long career, Prosenjit recalled, he had started at a time when the media had been writing the epitaph of Bengali cinema.

“When I used to read reports that Bengali film industry was dying (two decades back) I had the determination I will only work from here and Sasurbari Zindabad happened 18 years ago and went on to become a blockbuster and did huge business,” he recalled.

“I had sought to give a new thrust to Bengali cinema with a new genre of film and I must also give credit to Rituparno Ghosh for reinventing a new Prosenjit in Chokher Bali. And as I kept working with Rituparno, the new generation of film makers appeared on the scene, directors like Srijit Mukherjee,” he said.

Asked about his initial struggle in Bengali film industry, Prosenjit said, “my struggle is less as compared to others. Tell me who is not waging a fight in this world?”

Director duo of the documentary Mitali Ghoshal and Samrat, said Prosenjit never dictated terms during shoots and “His stardom did not for once come up as we interacted with him.”