Ahluwalia underlined that the GJM-faction led by Mr Tamang was never an ally of the BJP. 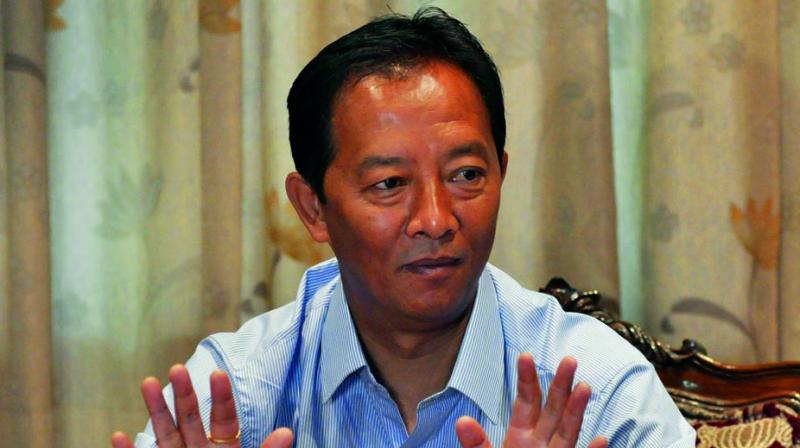 Kolkata: Throwing a challenge to the BJP Gorkhaland Territorial Adminis-ration (GTA) board of administrators head Binay Tamang on Saturday ruled out the possibility of an alliance between the Gorkha Janmukti Morcha (GJM) and BJP in the Lok Sabha Elections next year. He also declared that the BJP would cease to exist in Darjeeling.

Mr Tamang's assertion came a day after union minister and BJP MP of Darjeeling S.S. Ahluwalia vowed to protect absconding GJM chief Bimal Gurung against whom the criminal investigation department has issued an arrest warrant for his alleged role in the unrest in the hills last year.

Mr Tamang said, “I dare Mr Ahluwalia to fight the 2019 Lok Sabha polls in alliance with Bimal Gurung. You will lose by the number of votes that took you to victory in 2014 Lok Sabha polls. You and your party gave us only false hopes. Any kind of alliance with the BJP in future is absolutely ruled out.”

He added, “I am surprised to find that an MP is trying to save Gurung without saying anything about the Gorkha community.” Mr Tamang wondered why Mr Ahluwalia did not look into the issues of the community. On Friday the union minister after his arrival in North Bengal made it clear that he would put his all effort to save Mr Gurung.

He said, “I am against any coercive steps by the state government against the Gorkhaland agitators. Bimal Gurung's party is our partner in the alliance. I learnt of some agencies' plan to kill him in an encounter. It is my responsibility to protect any person from being killed without the judicial direction. I will not allow him to die.”

Mr Ahluwalia underlined that the GJM-faction led by Mr Tamang was never an ally of the BJP.