Meanwhile, twenty former students of CMCH joined the hungerstrikers in a token fast for a day to express their solidarity with them. 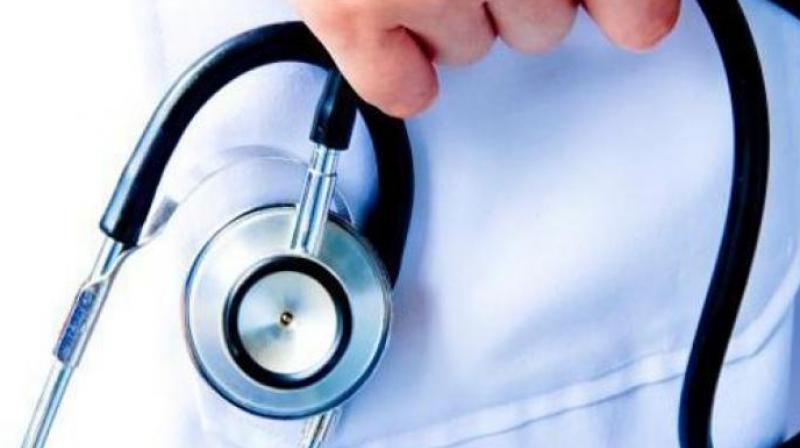 The guardians on Monday threatened to join the hunger strike if the students’ demand was not looked into by Tuesday.

Kolkata: The principal of the state-run Calcutta Medical College and Hospital (CMCH) was taken ill in his office on Tuesday, as the hungerstrike by six senior students outside his chamber entered eighth day.

Principal Uchhal Bhadra fell sick in his chamber and he was taken to the emergency section of the hospital and treated, a medical college spokes-man said. Dr Bhadra is now stable but under observation, he said.

The students of second, third and fourth year were on hungerstrike outside the principal’s chamber to press for their demand for accommodation in a new hostel which is allotted only for first year students.

Earlier in the day, the principal made a fresh appeal to the students to withdraw the agitation saying as per guidelines of the Medical Council of India (MCI), freshers and seniors cannot be accommodated in the same hostel building to prevent incidents of ragging.

Meanwhile, 20 former students of the CMCH joined the hungerstrikers in a token fast for a day to express their solidarity with them.

“Our token 24-hour fast is in solidarity with the current students,” one of the 20 former students said. In another development, guardians of the six fasting students submitted a memorandum to the principal urging him to take immediate steps for resolving the impasse.

The guardians on Monday threatened to join the hunger strike if the students’ demand was not looked into by Tuesday.

“The old hostel building of the senior students is in poor shape. We are on the side of our children in this agitation,” one of the gua-rdians said on Monday.

Dr Bhadra had earlier said the old hostel building would be renovated very soon and those senior students, facing accommodation problem, can be put up there. Two of the fasting students fell ill during the past seven days. Their places were taken by two others. On July 5, the senior students had gheraoed the principal on the same demand.

However, the ghe-rao was withdrawn after the police were called in.