Ban on flights to Kolkata extended to July 31 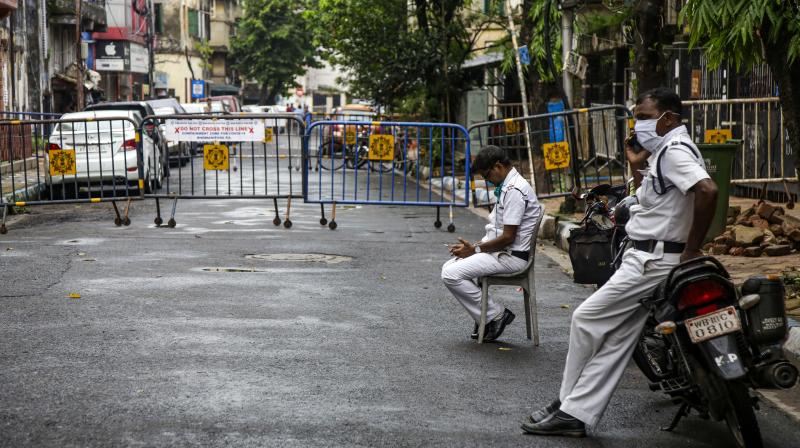 Policemen wearing face masks keep vigil at barricades of a coronavirus containment zone in Kolkata. The Union government has extended the ban on flights to the city in view of the growth in infectionsn. AP)

Kolkata: The Union Civil Aviation Ministry has extended the suspension of domestic flights to Kolkata from six metro cities till the end of this month. This followed a fresh appeal by the Mamata Banerjee government in West Bengal, where there has been a huge spike in Covid-19 cases.

On Friday evening, the Kolkata Airport tweeted, "The restriction on arriving flights to #KolkataAirport from 6 cities viz Delhi, Mumbai, Pune, Chennai, Nagpur & Ahmedabad has been extended up to 31st July."

On July 4 the civil aviation ministry had announced a ban on domestic flights to Kolkata from six particular metros. The ban was to be for two weeks, from July 6 till July 19.

Asof Saturday morning, Covid-19 has infected 38,011 persons in West Bengal and claimed 1,049 lives. In the 24 hours prior to Frinday night, 1,894 fresh cases were reported, the highest spike in a day since the epidemic entered the state. Since Thursday, 26 have died due of the disease, 12 of them being people from Kolkata.