Commercial buildings would not be granted trade licenses if they fail to follow fire safety rules, a senior minister said. 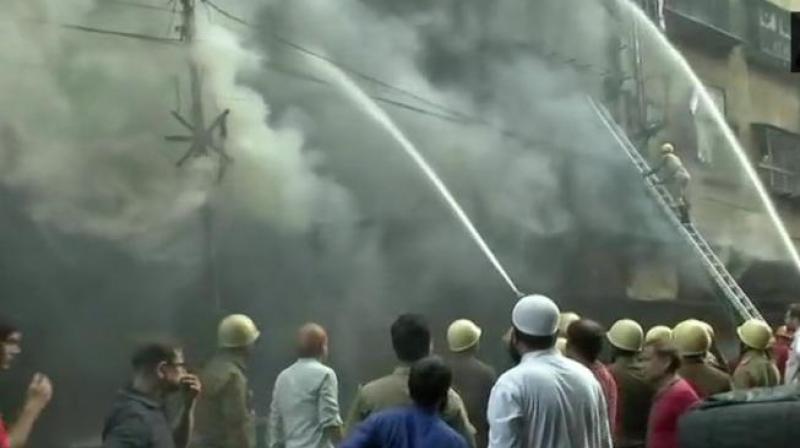 The massive fire at Bagri Market on Sunday gutted at least 1,000 business establishments inside the G+5 building. (Photo: ANI)

Kolkata: The West Bengal government is planning to formulate a new policy on fire safety for commercial buildings in the city in the wake of the massive fire that gutted Bagri Market here.

Commercial buildings would not be granted trade licenses if they fail to follow fire safety rules, a senior minister, who did not wish to be identified, said.

"We are planning to come up with a policy soon. We are formulating it and the final decision will be taken once the chief minister returns from her foreign tour," he told PTI Monday.

"There are several commercial buildings in the city and we must have better fire safety measures for them," he said.

He said that trade licenses would not be granted if such buildings fail to follow the fire safety norms specified by the government.

Many commercial buildings are quite old and there are no proper fire safety measures there. They are functioning with the same infrastructure for all these years, without paying heed to the advise of the fire department and the city municipal corporation, he said. They take money from the business enterprises who have shops in those buildings.

As per the proposed policy, all commercial buildings should have separate water reservoirs for emergency purposes only, the minister added.

The massive fire at Bagri Market on Sunday gutted at least 1,000 business establishments inside the G+5 building.