Earlier the Guyana government had issued an open tender in competitive mode only for the Indian companies for the deal. 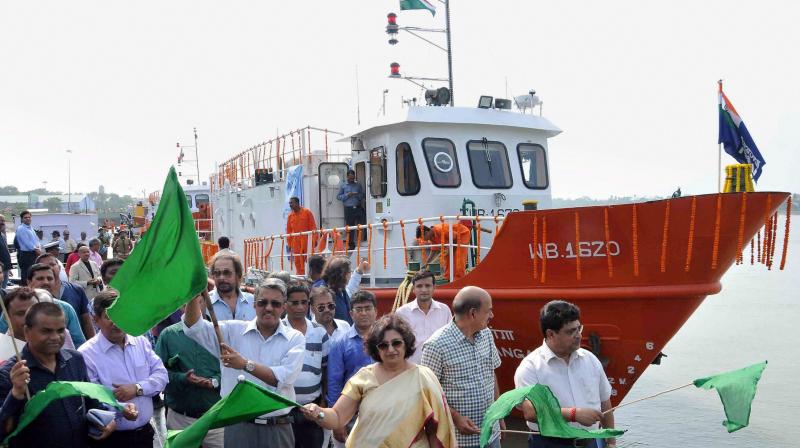 In march next year Prime Minister Narendra Modi commissioned the OPV during his visit to Mauritius. (Photo: PTI / Representational Image)

Kolkata: In what has come as a major boost to its order book IPO-bound state-run defence manufacturer Garden Reach Shipbuild-ers & Engineers (GRSE) has won an overseas bid to build a civilian ship with a passenger capacity of around 400-500 people for the Carribean nation: Guyana on the shore of the North Atlantic Ocean.

According to sources, the Kolkata-based company has emerged as the L1 bidder, beating Gujarat-based Shoft Shipyard and two prominent others for the contract that has also turned out to be the first overseas civilian ship order for the GRSE in recent times.

Earlier the Guyana government had issued an open tender in competitive mode only for the Indian companies for the deal. The ocean-going vessel would sail along the route between Guyana capital: Georgetown and the North-West District in Region One (Barima-Waini), sources added.

The proposed passenger ship’s design specifications include a length of around 90 meters and a displacement of 2,000 tonnes, a senior GRSE official told this newspaper on Tuesday while adding that the contract, likely to be around Rs 100 crores, would be signed soon at the government level between India and Guyana.

In December 2014 the GRSE handed over an Off-shore Patrol Vessel (OPV): Barracuda built at a cost of $58.50 million. to Mauritius for its Coast Guard entering the club of warship exporting countries in the world. In march next year Prime Minister Narendra Modi commissioned the OPV during his visit to Mauritius.