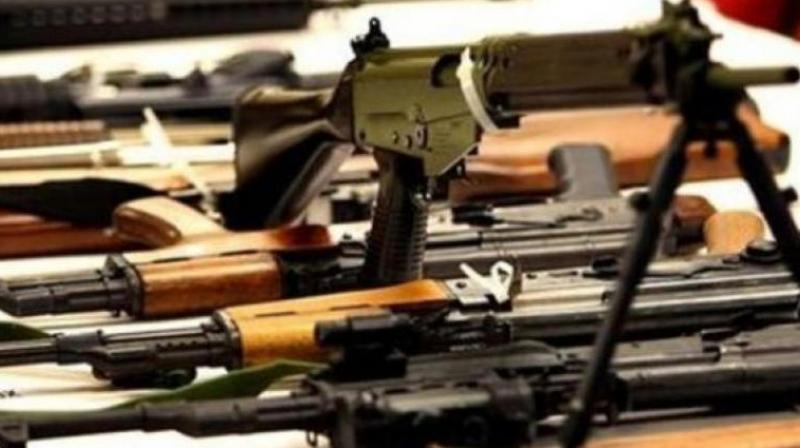 Kolkata: The Ordnance Factories Board on Monday said it was set to receive orders for around 1.86 lakh of its newly developed 7.62-mm automatic rifles from the Army to replace the ageing INSAS rifles.

The Army has sought approximately 8 lakh 7.62x51 mm assault rifles, out of which 72,000 rifles will be immediately purchase through global tender, OFB member (Weapons, Vehicles and Equipment) Hari Mohan said. “Of the remaining nearly 7.3 lakh rifles, the armed forces will go for Request for Proposal route from around the globe for 75 per cent of its requirement, while the OFB will get orders for the rest 25 per cent,” he said. He said the OFB would also participate in the RFP tendering process.

OFB chairman S.K. Chourasia said, “Ordnance factories would receive orders for approximately 1.86 lakh of the Army’s 7.62 mm rifle requirement”. The nodal factory for the purpose would be the rifle factory, Ishapore, West Bengal, he said. “Trials for the newly developed rifle has been completed and the Army is happy with the weapon,” Mr Mohan said. He said further trials of the prototype developed by OFB in a larger scale will be done soon, following which production of the rifle will commence. Mr Chourasia said the army and paramilitary forces at present use the 5.56 mm INSAS rifles, which are mainly for the purpose of shooting to incapacitate. “But now with the changing security scenario and requirements, the Army has sought a rifle for ‘shoot to kill’ purpose to replace the INSAS,” Mr Chourasia said, adding the forces now need guns of higher calibre which are more lethal like the 7.62x51 mm assault rifles.

The INSAS rifles were introduced by OFB in 1992-93 and has undergone 23 improvements, with the latest version being the 1B1 model.

OFB member Saurav Kumar said the organisation had received orders of Rs 250 crore for exports of different weapons and equipments in 2017-18 and has so far supplied items worth Rs 190 crore. He said the exports have been to Gulf and South-East Asian countries, but did not specify the countries to which the weapons were being sold owing to confidentiality reasons. Speaking on the occasion of its 217th foundation day, Mr Chourasia said the goal of OFB, which has achieved 87 per cent overall indigenisation, is of transformation from an importer to that of an exporter. “There has been a paradigm shift in defence procurement in our country and we have to compete with the private sector to get orders for weaponry and other equipments,” he said. The OFB chairman said for the purpose of meeting the present day requirements, all the 41 ordnance factories spread across the country were being constantly upgraded with an emphasis on research and development.  Ordnance Factories Board consisting of the Indian Ordnance Factories is an industrial organisation, functioning under the department of defence production of ministry of defence.