The former British prime minister said: “Terrorism did not surface only in the Middle East. 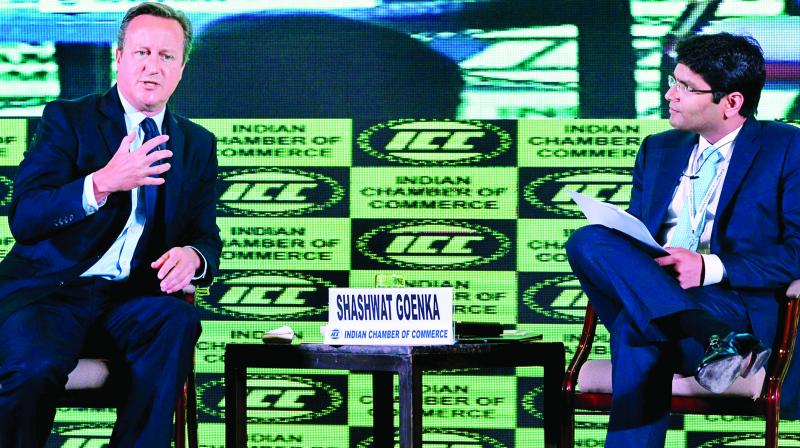 Kolkata: Former British Prime Minister David Cameron said on Thursday it was wrong to project terrorism as a clash between Christianity and Islam and called for a strategy to wipe out the extremist forces.

Mr Cameron, the Conservative Party leader who was the prime minister of Britain from 2010 to 2016, said it appeared to him from US President Donald Trump’s comments that he viewed terrorism as a clash between Christianity and Islam.

“Listening to Trump makes me feel that it is a clash between Christianity and Islam. It is wrong,” Cameron said at an interactive session organised by the Indian Chamber of Commerce here. According to Mr Cameron, it was, indeed, a clash within Islam - between the civilised ones who want to practice their faith peacefully and those who had taken a radicalised and perverted view of the religion.

The former British prime minister said: “Terrorism did not surface only in the Middle East. It also surfaced in Afghanistan, Pakistan and even in India and Britain”. He said a strategy was needed to wipe out those extremist forces.