Seven Maoists give up arms in Midnapore

This was one of the rare occasion when such a large number of rebels surrendered in the state. 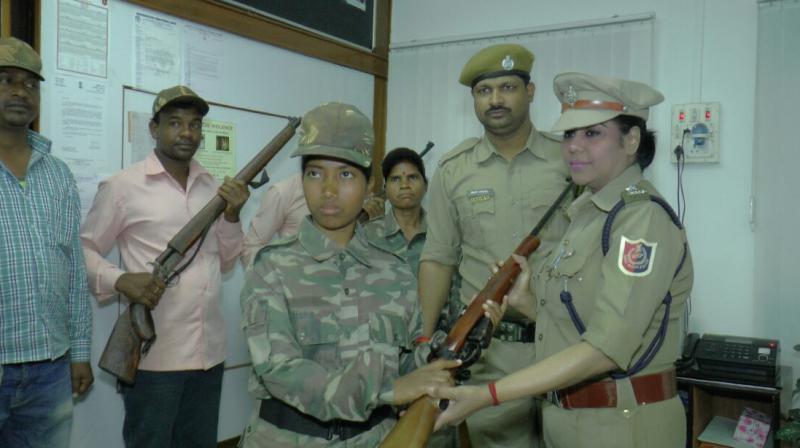 Kolkata: In a major success to the police in its crackdown against the Left wing extremists in Jangalmahal, seven Maoists, including two couples, surrendered themselves with arms and ammunitions to superintendent of police (West Midnapore) Bharati Ghosh at her office in Midnapore on Monday.

This was one of the rare occasion when such a large number of rebels surrendered in the state. The rebels are identified as Saheb Murmu alias Jayanta, his wife Manasi Mahato, Dilip Singh, Dilip’s wife Malati Singh, Samir Mahato, Baidyanath Mahato and Banamali Mahato. Jayanta was the commander of three squads.

Ms Ghosh said there were several cases, including abduction of officer-on-charge of the Sankrail police station, Atindranath Dutta, and the brazen attack on the Eastern Frontier Rifles personnel, pending against them.

Appreciating them for shunning violence, she said they would be provided a rehabilitation package. “We are calling upon those, who are yet to return to the mainstream, to leave the path of violence.” The surrendered Maoists handed over an AK-47 rifle and seven country-made guns to the authorities.