A group of fishermen had sailed into the sea from Frazerganj in South 24 Parganas earlier this week. 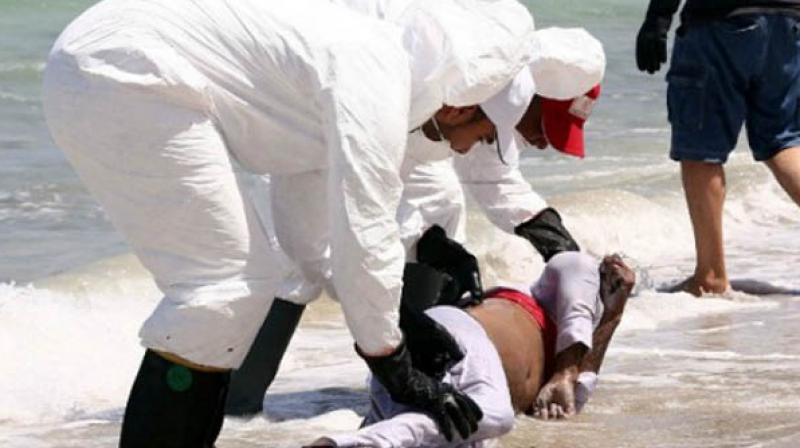 A group of fishermen had sailed into the sea from Frazerganj in South 24 Parganas earlier this week. (Representational Image)

Kolkata: A day after recovering eight fishermen’s bodies in the Bay of Bengal the Indian Coast Guard (ICG) has fished out another during its search operation in the sea while flying in another Dornier aircraft to add more teeth in its effort. On Friday Inspector General (North East region) Kuldip Singh Sheoran informed about the recovery of the another body. He said that ten more fishermen have been still missing.

Mr Sheoran added that while the search operation has been continuing by the ICG Dornier aircraft, a hovercraft and ICG ship Sujay, the probable search is further extended as more time has elapsed. Another Dornier aircraft from Bhubaneswar has also been included in the operation, according to him.

Though the weather is going to be challenging due to developing low pressure in North West of the Bay of Bengal, the ICG said in a statement that all-out efforts will be made to continued the search for remaining missing fishermen. The ICG station Frazerganj is also maintaining a close liaison with the fisheries department and fisheries association and bereaved families.

Earlier six bodies were recovered on Thursday while two other were found on July 18. The eight bodies found from an area in the sea which was nearly 30 nautical miles away from Dalhousie Island of West Bengal coast.

A group of fishermen had sailed into the sea from Frazerganj in South 24 Parganas earlier this week. Fishing trawler: FB Joykishan however capsized amidst an extremely rough sea condition and inclement weather on July 16.

The ICG launched a search-and-rescue operation. West Bengal United Fishermen Association secretary Bijan Maity informed that six to seven trawlers carrying men from the Namkhana and Kakdwip areas of the district had sailed around 10 am.

All the 17 fishermen of FB Maa Shibani, six of FB Joykishan and five of FB Malleshwar were rescued, Mr Maity said.