A formal invitation for the rally had been sent to Mr Kishor, a senior Trinamul Congress (TMC) leader told PTI. 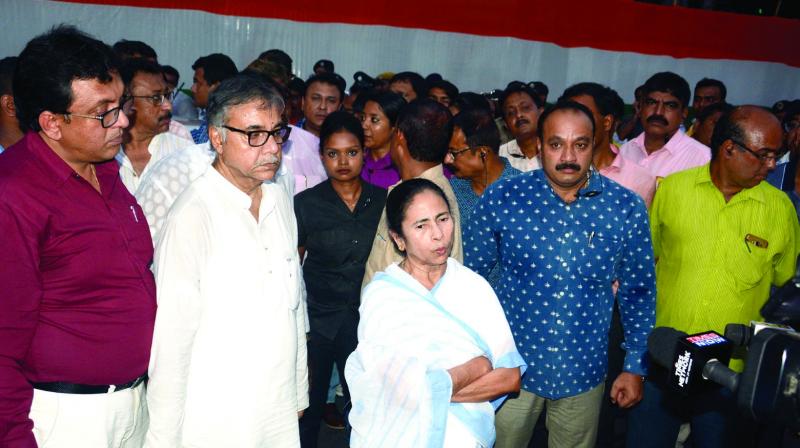 Kolkata: Poll strategist Prashant Kishor and his team will be present at the TMC’s mega Martyrs’ Day rally here on Sunday to understand the mindset of the people of West Bengal before the 2021 state Assembly election, sources in the party said on Saturday.

A formal invitation for the rally had been sent to Mr Kishor, a senior Trinamul Congress (TMC) leader told PTI.

Mr Kishor’s men from his Indian Political Action Committee (IPAC) would mingle among the crowd on Sunday to understand the public mood before they came up with a “political dawai (strategy)” for the 2021 polls, he said.

The IPAC men have also gone through video clippings of the Martyrs’ Day rallies held in the last couple of years.

“After looking at the video footage of the rallies of the last couple of years, Mr Kishor and his men are trying to evaluate the enthusiasm among people this year. They have also gone through the documents related to Martyrs’ Day,” the TMC leader said.

Mr Kishor’s men were also visiting the places where TMC workers from far-off districts had put up to understand their pulse, he added.

“They are trying to progress with calculation and these measures are part of their process to come up with a strategy to help our party get the desired success in the 2021 Assembly polls,” he said.

After the Lok Sabha polls, in which the BJP made major inroads in West Bengal winning 18 of the 42 seats, the TMC roped in Mr Kishor last month. Ms Banerjee had claimed that the poll strategist would be helping her party as corporate social responsibility.

Since then, Mr Kishor has held three meetings with Ms Banerjee, who is also the West Bengal chief minister, in which he has chalked out strategies for TMC ministers, leaders and workers.