TMC: Book depicting Farhan as Milkha not printed by govt

Partha Chatterjee on Sunday said the government will take necessary steps after finding out the details. 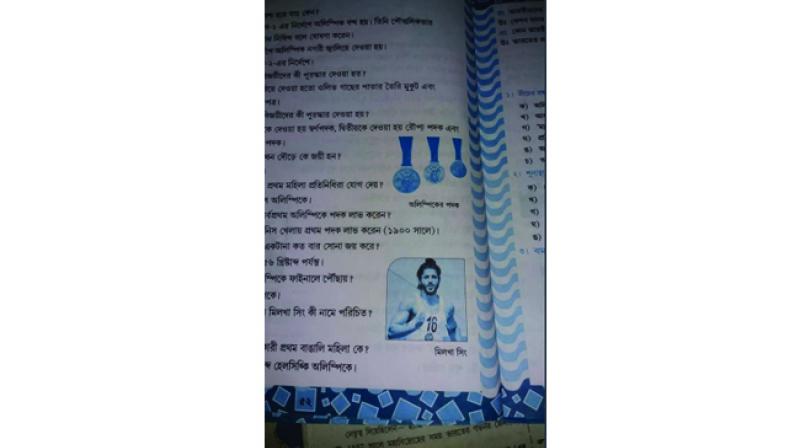 Mikha Singh, known as “The Flying Sikh” was the first Indian to win an individual athletics gold medal at Commonwealth Games in 1958.

Kolkata: A day after actor Farhan Akhtar pointed out an error in a textbook depicting him as legendary athlete Milkha Singh, Trinamul Congress MP Derek O’Brien on Monday said the book was neither a part of government school curriculum nor was it published by the state government.

He added that he consulted it with state education minister Partha Chatterjee while assuring that efforts were being made to track the private publishing company that printed the school textbook.

“Thanks Farhan. Ref the wrong pic of Milkha Singh. Checked with education minister of state. He tells me it isn’t a textbook for government schools. Nor is it published by government,” he said tweeted on Sunday night.

“Trying to track the private publishing company. They ought to correct the mistake in future editions,” he said.

The actor, too, thanked O’Brien for his response.

“Appreciate your response. Tagged you since you take education very seriously,” he tweeted. The error went viral on social media on Sunday and Akhtar had urged the state government to rectify it.

On Sunday Farhan tweeted, “To the minister of school education, West Bengal. There is a glaring error with the image used in one of the school text books to depict Milkha Singh-ji. Could you please request the publisher to recall and replace this book? Sincerely. @derekobrienmp”

The actor also tweeted a photo of the texbook, showing Farhan starrer 2013 superhit Bhaag Milkha Bhaag, in a page containing questions and answers printed in Bengali on sports.

Mikha Singh, known as “The Flying Sikh” was the first Indian to win an individual athletics gold medal at Commonwealth Games in 1958.

The 44-year-old actor, who essayed the role of Singh in the 2013 biopic Bhaag Milkha Bhaag, took to Twitter to point out that a still from the film had been incorrectly used in the book instead of the athlete’s photo.Mr  Chatterjee on Sunday said the government will take necessary steps after finding out the details.