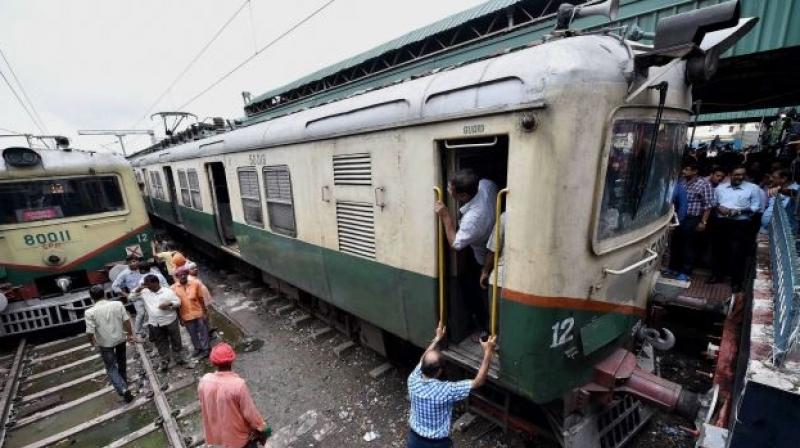 Kolkata: Train service on the Sealdah South section of Eastern Railway was disrupted for over four hours on November 20 as some local people obstructed movement of trains at Baruipur station to protest the eviction of encroachers beside railway tracks.

As several trains were stranded at various stations in the South section due to the blockade, aggrieved passengers ransacked the station manager's room, demolished the punching machine and set afire the TTE's (Travelling Ticket Examiner) room at around 7 pm, Additional SP, South 24 Parganas, Saikat Ghosh said.

Ghosh said lathi-wielding policemen chased away the ransackers as the situation went out of control but normalcy was soon restored at the station compound.

The blockade, which commenced at 4.22 pm, could be lifted only after 4 hours but train services resumed from Sealdah at 8.34 pm, the railway official said.

The demonstrators, led by the local councillor of Baruipur Municipality, claimed 14 toilets, built on the side of tracks, were also razed down by the government railway police and demanded compensation be announced by the Divisional Railway Manger immediately.

In all, 35 local trains were cancelled and 8 trains were stranded in different stations for over four hours causing immense hardships to people returning home from work.