Communalism has no place in Bengal, says Mamata Banerjee

Banerjee has accused the BJP of stoking communal tension in the state to fan Hindutva ideology. 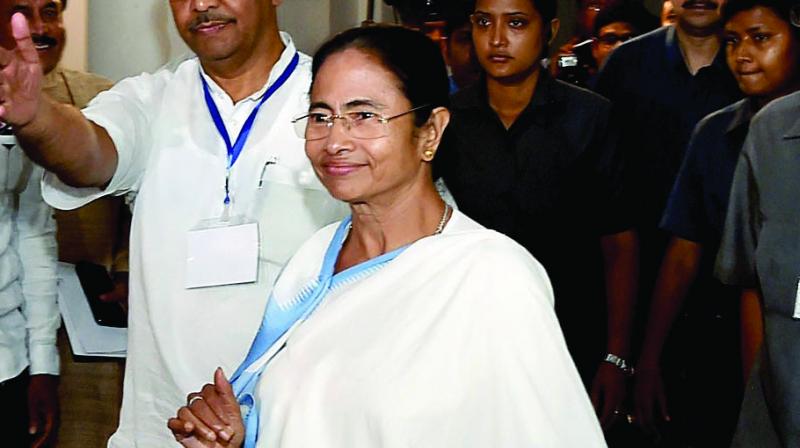 West Bengal had witnessed a few incidents of “communal clashes” in places such as Dhulagarh in Howrah district in 2016, and in Asansol and Raniganj, in March this year. The chief minister then had dubbed the incidents as a local matter and not a communal problem.

Banerjee has accused the BJP of stoking communal tension in the state to fan Hindutva ideology. Incidentally, an analysis of the data on the number of incidents of communal violence in different states in the country, tabled in Parliament by Minister of State (MoS) for Home Affairs Hansraj Gangaram Ahir on February 6, showed that such incidents had sharply increased in West Bengal over the past three years.