Mr Gurung has been evading arrest since August when cases were lodged against him for his alleged involvement in several bomb blasts in Darjeeling. 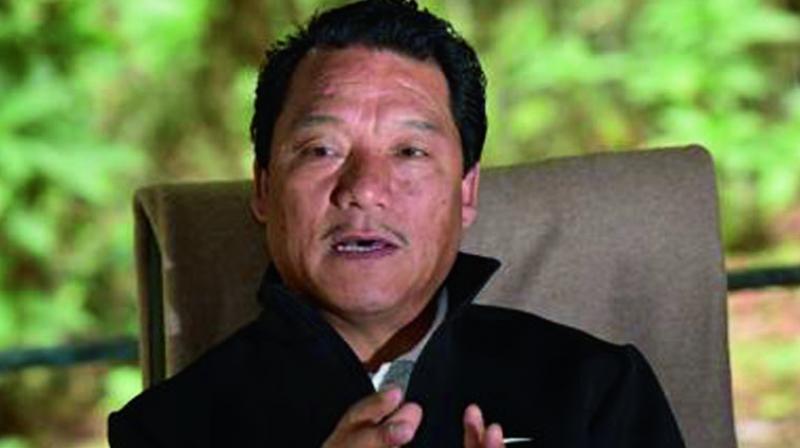 Darjeeling: The West Bengal police has launched a massive manhunt in Darjeeling and its surrounding areas for the fugitive Gorkha Janmukti Morcha supremo Bimal Gurung, who has been on the run for the past two months.

Mr Gurung has been evading arrest since August when cases were lodged against him under the stringent Unlawful Activities (Prevention) Act for his alleged involvement in several bomb blasts in the Hills.

A fresh FIR was lodged against him earlier this month for his alleged involvement in the death of a police sub-inspector, who was killed during an exchange of fire with alleged Gorkha Janmukti Morchasupporters on October 13. “Combing operations in the Hills are on. We are keeping a track on the movements of some of the suspects who are in touch with Mr Bimal Gurung and his close associates who are absconding,” a senior police official said.

The police are also keeping a close watch on the movements of senior  GJM leaders. The exchange of fire between police and Mr Gurung’s supporters on October 13 in which the sub-inspector was killed was the first incident of violence after the 104-day indefinite shutdown in the Hills was called off on September 26 by the  GJM supremo following an appeal from Union home minister Rajnath Singh.