A woman in her 20s was carried away by heavy current in the river at Labhpur in Birbhum. 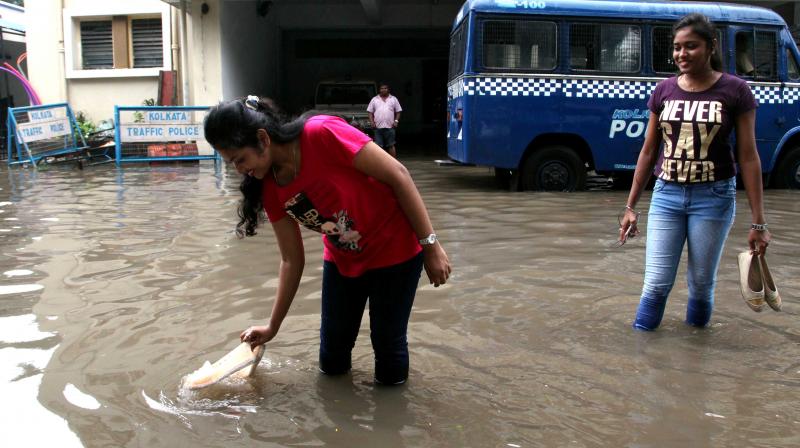 Kolkata: As heavy rains lashed the southern and western districts of the state since Friday night, the administration ruled out any immediate flood threat but said that they had taken precautionary measures in various parts of state where there had been heavy rainfall.

Heavy rains were reported from Howrah, Hooghly, West and East Midnapore and parts of Birbhum, Purulia and Bankura districts, including Kolkata. A woman in her 20s was carried away in heavy current by the river at Labhpur in Birbhum.

State irrigation minister Rajib Banerjee said, “There has been more than 100 mm rainfall in some districts. The water level has increased in all the rivers but none of them exceeded the danger level except the river Dwarka, which is keeping us concerned. We are keeping a round the clock vigil in the dams and have taken all precautionary measures. The dams have been urged not to release any water without the consent of the state government.”

With the weather office predicting heavy rains in parts of the state in the next 48 hours, the irrigation department has already cancelled the leave of its employees.