Purnendu offers help to kin of 1 of slain students 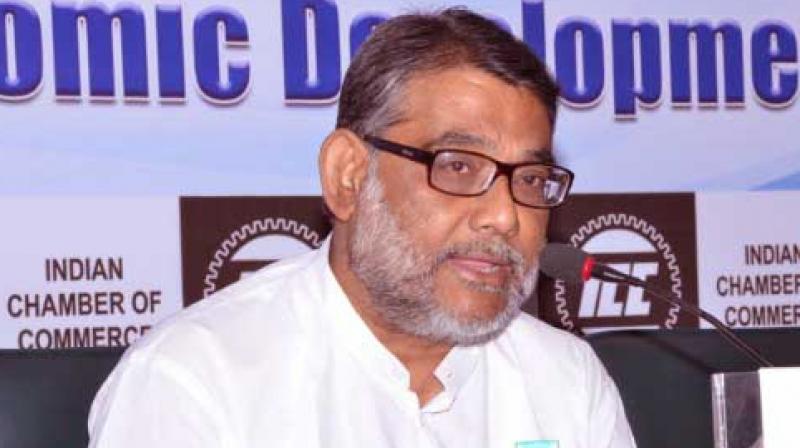 Berhampore: State Technical educational minister Purnendu Basu on Saturday rallied behind the ITI student allegedly killed in police firing at Islampur in South Dinajpur recently. Rajesh Sarkar, one of the two deceased, was the ITI student. He earlier passed out of Daribhit High School where the violence took place over the teachers’ recruitment.

Inaugurating a smart classroom at the Murshidabad Institute of Technology he told the media, “It is a very unfortunate incident. After chief minister Mamata Banerjee’s return from the foreign trip my department will try its best on whether it can financially help the victim’s family.”

Mr Basu however called the attack on the Trinamul Congress government by the opposition parties over the incident a “political game.”

He claimed that during his tenure in one year as the minister he saved Rs 9 cores while in the name of online admission more than Rs 10 crores were siphoned earlier. Mr Basu praised the rural students for their merit.

But he argued that tech firms have been reluctant to start on-campus recruitment in rural technical institutions compared to their keennes do the same in around Kolkata. The minister also expressed his anguish that the majority of the people in the state push their children to pursue their higher education either in engineering or medical courses.

Trouble had brewed in Daribhit High School over the recruitment of Urdu teachers as the protesting students said they needed science and English teachers. The students and area residents stopped three newly-recruited Urdu teachers from entering the school Thursday, demanding that all vacant teaching posts be filled which led to the clash.

The police had denied its involvement in the clash though the district superintendent of police had conceded that the two had died of bullet injury.