“The writ petition laying such challenge before us is misconceived for the same reason and has to be rejected,” it said. 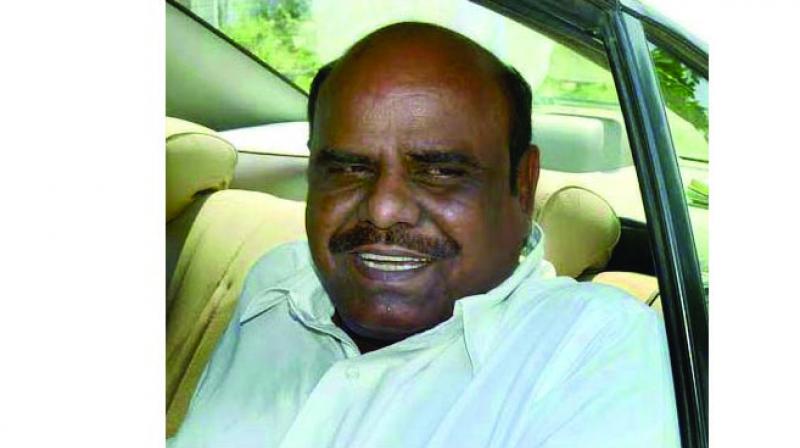 A bench of acting Chief Justice Gita Mittal and Justice C. Hari Shankar said the petition, challenging the Supreme Court’s decision holding him in contempt and sending him to jail for six months, was “completely misdirected and untenable”. “The writ petition laying such challenge before us is misconceived for the same reason and has to be rejected,” it said.

The bench further said the constitutionality of the contempt law cannot be challenged in the instant case as the apex court “had not exercised power under the Contempt of Courts Act but invoked its inherent jurisdiction under Article 129 (to initiate matters on its own) of the Constitution”.

The high court in its 30-page verdict also said that if the apex court’s registrar had refused to receive Karnan’s petition against the May 9 decision holding him in contempt, then he could have appealed against this as provided in the Supreme Court Rules.

“The petitioner, therefore, had an efficacious alternate remedy available to him by way of an appeal prescribed under the Rules and has admittedly failed to invoke the same,” it said. Karnan’s lawyer, Mathews J. Nedumpara, had argued before the high court that the May 9 order was passed without following the principles of natural justice.

The high court rejected this contention, saying that “the record establishes that the petitioner was given more than ample opportunity to file his response”. “He was afforded at least three opportunities to tender his response, on February 8, March 31 as well as on May 1. Instead of availing the opportunities and doing so (tender his response), the petitioner resorted to passing orders against judges of the Supreme Court and making further contumacious statements to the press, as have been noted in the order of May 1,” the bench said.