BSF probe finds BGB firing was ‘unprovoked and unwarranted’ and was carried out after flag meeting between two forces. 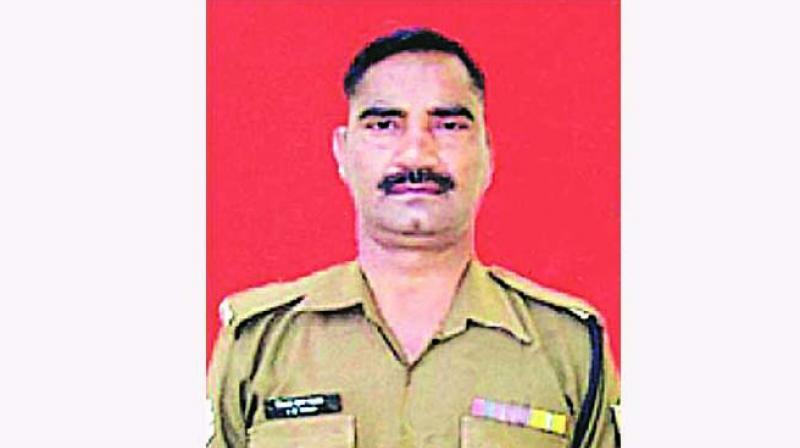 Kolkata: An investigation by the Border Security Force (BSF) into the killing of its head constable Vijay Bhan Singh in firing by the Border Guard Bangladesh (BGB) in Murshidabad on October 17 has revealed that the shooting was  “unprovoked and unwarranted” and was carried out after the flag meeting between the two forces over Indian fisherman Pranab Mondal’s detention.

The probe, conducted by BSF South Bengal Frontier, has identified the accused as BGB Havildar Sayed who opened fire on the BSF boat, and given a detailed account of how the attack took place under the nose of BGB’s post commander at Charghat although he was known to BSF border out post (BOP) commander at Kakmarichar.

The startling findings come a few days after Bangladesh home minister Asaduzzaman Khan said a “misunderstanding” between the BSF and BGB had led to the shooting.

On October 17, three Indian fishermen were apprehended by BGB patrol. Of these, one, Pranob Mondal, was pulled inside the BGB’s trawler while the other two were let off, but told to go to BSF post in Kakmarichar and convey the message that the post commander of Charghat has asked for a flag meeting to release the Indian fisherman.

According to the report, the BSF’s commander proceeded for the flag meeting while taking adequate precaution, which included putting an orange flag of the appropriate dimension on the speed boat to indicate a friendly move.

When the BSF team drew close to the pre-designated point, they were guided by the BGB personnel on the ground to a point where the depth of water was sufficient for mooring the boat as twin-engine boats require at least three to four feet deep water for the same.

The BSF team then parked the boat, took out the heavy iron anchor, placed it on the ground and tied the boat, expecting a friendly environment and Bangla guards killed BSF jawan unprovoked: Probe amicable discussion given the interaction in the past. The report said that the BGB post commander and BSF BOP commander had met each other on several occasions in the past. The BSF party commander asked Havildar Sayed, the BGB party commander, to release Mr Mondal.

But he refused. The BSF probe says that the BGB commander was constantly talking on his mobile phone, perhaps for instructions from his senior officers.

“When the BSF team was told by their counterparts that Mr Mondal would be handed over only through a flag meeting attended by senior commanders, the BSF party decided to return to their post,” sources told this newspaper.

“When the BSF team boarded the boat and lifted the anchor to move, an aggressive posture was adopted by the BGB team and they shouted, asking them ‘not to move as they had illegally intruded inside Bangladesh territory’. The BGB commander also shouted that they would be treated like Mr Mondal and be handed over only to senior BSF commanders,” sources elaborated.

“While BSF team was returning, the BGB trawler tried to encircle the BSF boat and block its movement. Simultaneously, Sayed fired on the BSF boat, causing injury to Vijay on his head and constable Rajbir Singh in his right wrist.”

Both the injured BSF personnel were evacuated to the nearest medical facility but head constable Vijay Bhan Singh was declared brought dead.

Two days after the shooting, the Bangladesh home minister had said, “The two countries share a cordial relationship and the same applies to the BSF and BGB. There has been an unfortunate incident but I am hopeful that the director generals of both the forces would sit together and solve the matter.” He also said that he would talk to India’s home minister Amit Shah if needed.