The BJP, however, accused the ruling Trinamul Congress of giving a short time to the Opposition parties for poll preparation and campaign. 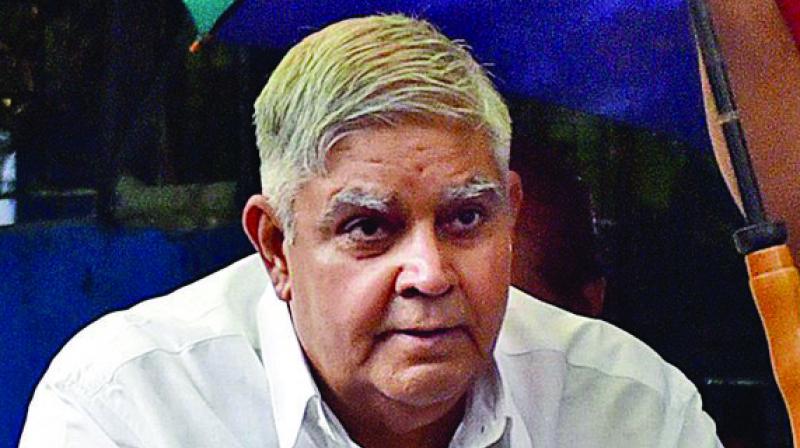 Kolkata: As West Bengal is gearing up for the municipal elections in the next few months, governor Jagdeep Dhankhar will take an update from state election commissioner Saurabh Kumar Das who will call on him at Raj Bhavan this week.

Their upcoming meeting assumes significance as the Mamata Banerjee government is in favour of the Kolkata Municipal Corporation Election be held on April 12 while the civic polls in the rest 107 municipal bodies be held on April 26.

The BJP, however, accused the ruling Trinamul Congress of giving a short time to the Opposition parties for poll preparation and campaign. It has also threatened to move the court.

Later the Raj Bhavan stated, “The elections are to be held in the municipalities in coming few months. The State Election Commission Dr. Sourabh Kumar Das would be calling on the Hon’ble Governor Shri Jagdeep Dhankhar on February 27, 2020.”