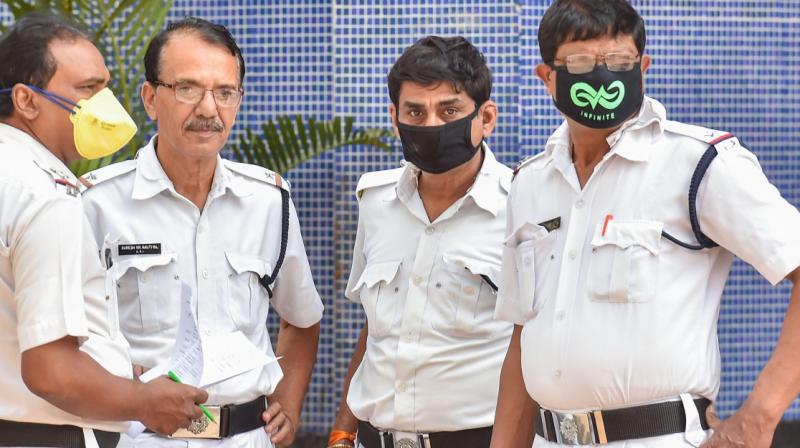 Kolkata: Two senior police officers fought with each other inside a police station at Rajarhat in Kolkata on May 23 night after losing temper in the face of protests by a group of local people demanding restoration of power supply which has been snapped due to Cyclone Amphan's strike on May 20.

The group, including some Trinamul Congress supporters also, was protesting outside the Rajarhat police station under the Bidhannagar City Police alleging no power supply to several houses in the area. When assistant commissioner of police (Rajarhat Division) Paresh Roy reached there, he lost his cool after finding them demonstrating.

He allegedly abused the demonstrators and threatened to arrest them leaving them furious. The protesters claimed that they were lathicharged while some of them were detained also. Rajarhat Panchayat Samity President Prabir Kar later intervened. When inspection-in-charge of the Rajarhat police station: Manas Maity tried to pacify Mr Roy, he also faced his heat, according to sources.

Roy vented his anger asking why Maity failed to tackle the protest, sources revealed. The duo was later found locked in fisticuffs in front of other cops in a room of the police station.

The fight came close on the heels of a brazen attack on a senior Kolkata Police officer outside his workplace, housing also his residence, in the city by a violent group of cops of the same force on May 19 night during their protests alleging of lack of protection on and off the duty in Covid-19 pandemic.