Only 40 per cent boats fitted with tracking device

Sheoran said, “The Bay of Bengal is a hotspot of maritime trade and ships of both countries are at risk. A strong SAR setup is the need of the hour.” 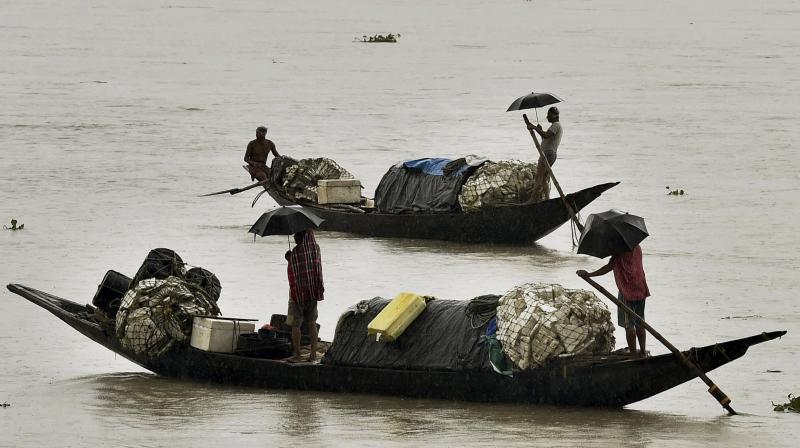 Kolkata: The lack of transponders on fishing boats from West Bengal has caused a security concern. According to sources in the Indian Coast Guard (ICG), the state has 13,123 registered boats of which only around 35 to 40 per cent are fitted with transponders, a device — used for tracking and monitoring boats at sea — which the Union home ministry had made mandatory in the wake of the 26/11 terror attacks in Mumbai.

Asked about the lack of transponders, ICG inspector general of North East (NE) Region Kuldip Singh Sheoran said on Tuesday, “There are some boats which are not fitted with the device. It is a state subject. An initiative has been underway on our part to convince the fishermen of the use of transponders which are quite helpful also during the monsoon when they can send distress signals to us in case of any problem. We can reach them within half-an-hour. It is afterall in the interest of the fishermen’s safety and security.”

On the benefits of the use of transponders in case of terror attack, Mr Sheoran elaborated, “It is very important. The central and the state government are putting a joint effort for the use of the device in maximum number of boats. After the 26/11 terror attack, all the agencies and stakeholders have been very proactive. We have a good synergy in advising the fishermen to use and maintain the device.”

Mr Sheoran was speaking to the media at ICG (NE) headquarters in New Town, where the maiden Indo-Bangla Coast Guard Table Top Exercise got underway. Commander Mohammad Radwan and Lieutenant Commander Fariduzzaman from the Bangladesh Coast Guard are taking part in the exercise aimed at bolstering the Indo-Bangla joint search and rescue (SAR) operations in the Bay of Bengal.

Mr Sheoran said, “The Bay of Bengal is a hotspot of maritime trade and ships of both countries are at risk. A strong SAR setup is the need of the hour.” The two-day exercise will take the participants through a dummy mass rescue operation in the sea. Mr Radwan said, “The iconic Indo-Bangla SAR operation in August of 2016 where more than 300 lives were saved showcases the synergy and co-ordination of both the forces.”

The Coast Guard forces of the two neighbouring countries signed a memorandum of understanding in 2015 and established standard operating procedure in April of 2017.