TMC may back Congress in RS polls

The Congress central leadership is yet to take a call on the selection of the party’s candidate. 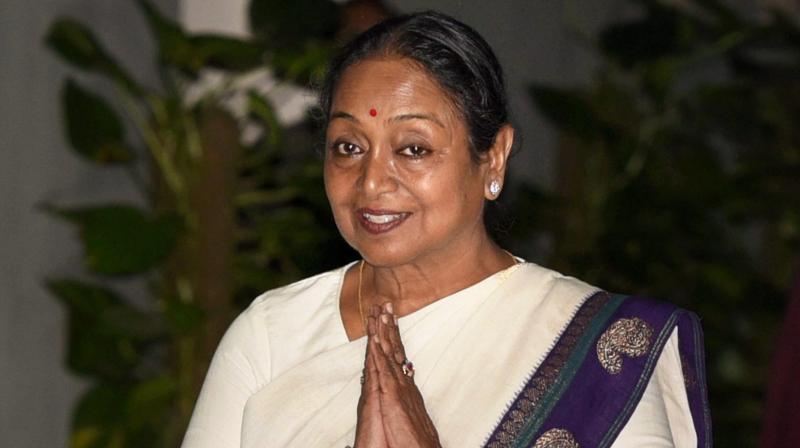 Kolkata: The Trinamul Congress is ready to support Congress in the upcoming elections for the Rajya Sabha seats from West Bengal if it nominates former Lok
Sabha Speaker Meira Kumar or Pradip Bhattacharya as its candidate.

“We have conveyed a message to the Congress leadership that we are ready to support their candidate in the Rajya Sabha election if Meira Kumar or Pradip
Bhattacharya is their candidate,” a senior TMC leader said, pleading anonymity.

The TMC leader’s comment on the party’s support comes in the backdrop of West Bengal Congress leadership urging the party’s high command to consider Ms
Kumar, also the Opposition’s common candidate in the just-concluded Presidential poll, as a candidate for elections of Rajya Sabha seats from the state.

The Congress central leadership is yet to take a call on the selection of the party’s candidate.

Asked if the TMC would support Congress if it decides to field someone else, the TMC leader said, “We will then take a call on it.” The polls will be held for the RS seats from the state on August 8. Out of the six, four are held by the TMC, one by the CPI(M) and one by the Congress.