The people of Bengal has forever brought an end to the bandh which affects livelihood. The credit should go to them. 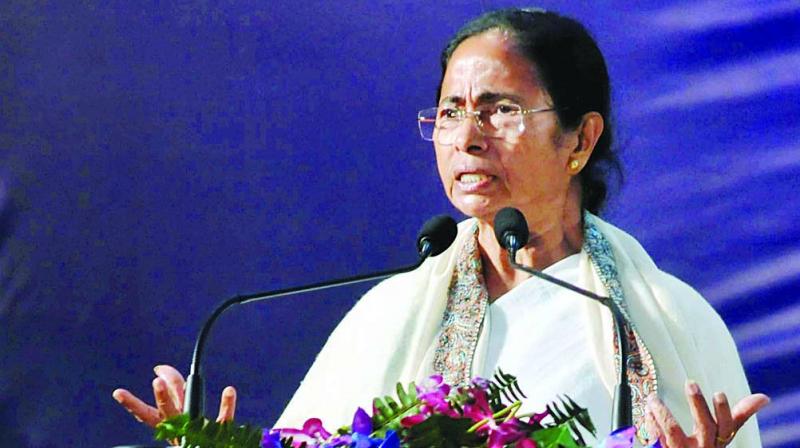 Kolkata: Accusing the BJP of killing two students at Islampur in North Dinajpur, chief minister Mamata Banerjee has claimed that the people of the state foiled the bandh. She informed that the state government employees’ attendance percentage has been better than other days. According to her, the BJP has become bankrupt politically.

In Italy, she said, “The BJP’s days are over. It has nothing except spreading violence. Politically this party has become policy-less, immoral and heartless. They do not have any shame even. I am sorry to say this because I never use strong words against any political party. A political party expects minimum respect from the other.”

Ms Banerjee alleged, “But the BJP leaders are giving provocative speeches and lynching people. They brought musclemen from outside to kill our two bright students. On one hand, they are importing arms and ammunition and violence, and on the other, they are hitting the road. Can it be a political party’s role?”

She argued, “Those who have no work call bandhs on any excuse. The people of Bengal has forever brought an end to the bandh which affects livelihood. The credit should go to them. The whole country should learn from Bengal. What Bengal thinks today, is considered by others tomorrow. People of Bengal did not allow the bandh to take place.”

The Trinamul Congress supremo added, “I have reports that the attendance of state government employees has been recorded over 95 per cent which is more than daily attendance. School and colleges functioned smoothly. I want all to live in peace. Those who resorted to violence through arson, the police will take stern action against them.”

She pointed out, “We also have a law passed in the Assembly. It speaks about collection of compensation from those who torch public or private properties. I have asked to the police to enforce the law immediately. I am indebted to the people of Bengal from all walks of life who foiled this bandh.”

Taking a dig at state BJP president Dilip Ghosh for his threat to take revenge against the police, Ms Banerjee mentioned, “Some political leaders are asking people to attack the cops and hang them. It is a criminal offence. The administration will certainly work in its way. I do not want to interfere in it.”