There will be no benefit in threatening us. He (Mr Modi) alleged that the Trinamul created syndicate raj. 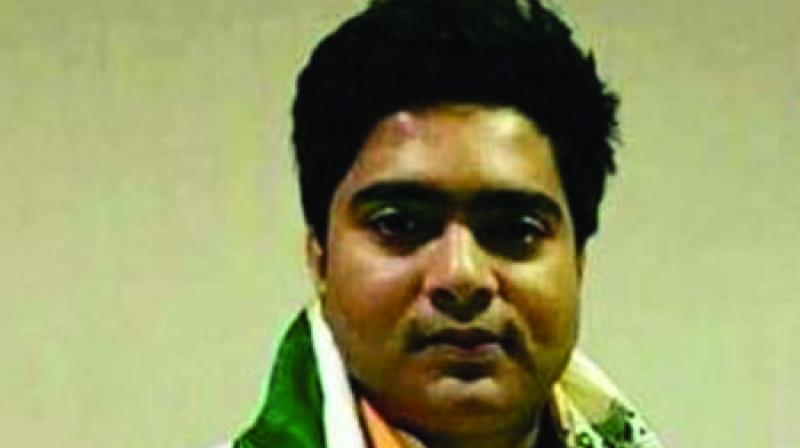 He bantered that the pandal collapse at the venue took place due to the BJP’s campaign of lies against chief minister Mamata Banerjee.

Kolkata: Giving a call to oust the BJP, the Trinamul Congress leaders on Saturday said the people of India needed a leader like Mamata Banerjee who worked for all, including farmers and women.

They reiterated the “BJP hatao, desh bachao” slogan given by Ms Banerjee during the martyrs’ day rally in Kolkata last week and said that a pledge needed to be taken to win all the 42 Lok Sabha seats in the state.

Abhishek Banerjee, chief minister Mamata Banerjee’s nephew and Trinamul Congress MP from Diamond Harbour, has given a clarion call to build a syndicate — BJP, Quit India — by the mass to oust the BJP from power at the Centre from the same venue where Prime Minister Narendra Modi on July 16 accused the Trinamul Congress of running syndicate raj in the state.

Mr Banerjee said, “There will be no benefit in threatening us. He (Mr Modi) alleged that the Trinamul created syndicate raj. I say: Yes we have done it. Trinamul built the syndicate of the mass by bringing an end to the misrule of 34 years by the Left in the state. It also created the syndicate of restoring peace in the Maoist-affected Jangalmahal.”

Lashing out at the BJP, he elaborated, “The Trinamul set up a syndicate to reinstate tourism in the hills by breaking the unholy nexus of Bimal Gurung, Roshan Giri and Harkabahadur Chhetri. And what is the syndicate we are going to build in future? The syndicate is: BJP, Quit India. It will be by the mass who will give the fitting reply to them.”

Mr Banerjee claimed that the BJP brought people from neighbouring states to the PM’s rally. Drawing a comparison with chief minister Mamata Banerjee’s works he complained that the BJP did nothing for the Hindus in the last four years. Taking a dig at Mr Modi for his promise to double the income of the farmers in 2022, Dr Chatterjee said that the Trinamul government has trippled the income of the farmers in its rule of seven years.

He bantered that the pandal collapse at the venue took place due to the BJP’s campaign of lies against chief minister Mamata Banerjee. Throwing a challenge to the BJP Mr Hakim said, “The BJP is trying to create disturbances with the help of the Maoists. But we are the sons of Bengal. We know how to fight the enemy with arms. We will fight.” Mr Adhikari vowed to win five Lok Sabha seats for the Trinamul from undivided Midnapore.