He is ready to guide and mentor today’s aspiring entrepreneurs. 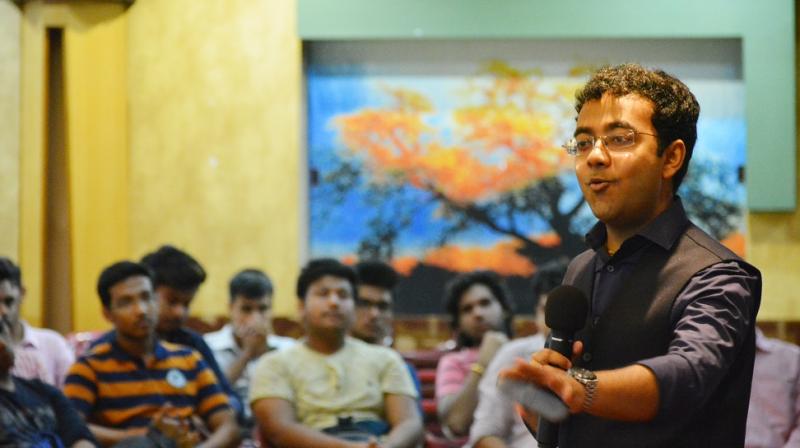 Kolkata: He embarked on his entrepreneurial journey when his friends were still studying. He became a millionaire when his classmates were just coming out of the college.

And now when many people of his age are scouting for investors and mentors to start off their own ventures, Avelo Roy (29) has floated ‘Kolkata Ventures’ to promote, incubate and even fund innovative entrepreneurial ideas from where his roots are — Kolkata.

Mr Roy, who studied at Calcutta Boys’ School, left India at an early age to study at Cambridge and then at Illinois Institute of Technology. He is ready to guide and mentor today’s aspiring entrepreneurs. A holder of three technology-related patents, he was invited to speak on entrepreneurship education at the White House after receiving honours from the California State Senate.

“I think in India, investors are making mature investments in validated startups though it is still not equally distributed throughout the country. East India especially is lagging behind. We don’t have a lot of investors for early stage startups and most entrepreneurs are not trained on what milestones they need to reach before approaching investors. That is where Kolkata Ventures comes in not only as an investment firm, but as an organisation with successful entrepreneurs from US and India coming together to mentor our entrepreneurs and invest in them once they are ready for it,” says Mr Roy.

He has set up several businesses in the US, which include Kiuqui LLC,  Pongworks, Acumen Dynamics (Chicago), Spring Ventures (Hong Kong) and ECC Engineering (Kolkata).

“We are also attracting a lot of foreign investment thanks to NRIs spread all across the globe, which is a huge advantage India has. I am certainly one of many such persons and I am inspiring some of my investor friends to do the same through Kolkata Ventures,” he added.