After defecting to BJP, Sovan Chatterjee met Mamata Banerjee on the occasion of Bhatridwitiya. 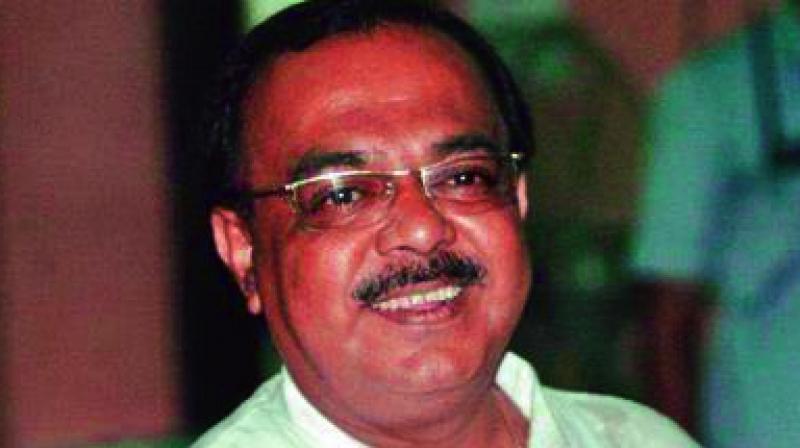 Kolkata: Barely within three months of defecting to the BJP from the Trinamul Congress, heavyweight Behala East MLA Sovan Chatterjee on Tuesday afternoon met chief minister Mamata Banerjee, giving an apparent hint of his return to the ruling TMC.

His move has left the BJP in a tight spot which might seek an explanation from him.

At around 1.30 pm, Mr Chatterjee and his close friend, Baishakhi Banerjee, who also joined the BJP along with him in New Delhi on August 14, visited the Trinamul supremo at her residence on Harish Chatterjee Street in Kalighat on the occasion of Bhatridwitiya.

The former Kolkata mayor, who is called by the CM as ‘Kanon,’ took Bhai Phonta (Bhai Dooj) from her unlike the previous year, when distance had grown between them. He also sought her blessings this time.

This was the first meeting between them after a gap of nearly a year.

In November, last year, he quit his ministership of three key portfoilios from Ms Banerjee’s Cabinet and also resigned from the Kolkata Mayor’s post following the Trinamul chief’s order.

Although Mr Chatterjee later joined the BJP, the Trinamul did not take action against him and kept sending its senior leaders to him for talks from time to time to ensure his return to the party.

According to sources, Trinamul secretary general Partha Chatterjee, who is also the education minister, told Baishakhi, when she visited him few days ago to advise the former Trinamul minister to meet the CM during Kali Puja on October 27.

But Mr Chatterjee failed and sought time on the occasion of Bhatridwitiya as he respects the CM as her elder sister since used to visit her every year on that day earlier, sources revealed.

Stumped by Mr Chatterjee’s visit to the Trinamul chief with less than a year left for the municipal elections in the state, state BJP president Dilip Ghosh claimed that no one can dictate who would take blessings from whom on a holy occasion like Bhatridwitiya.

“It is good. He visits her for many years. Their relation has been intact,” he said.

The BJP MP added, “Bhatridwitiya is a social event. So, I did not find anything new in it. It is not bad also.”

“We also visit many leaders of different parties to exchange our greetings on the occasion of Bijoya Dashami.”