The BJP government had promised to waive toll for light motor vehicles and ST buses on the expressway. 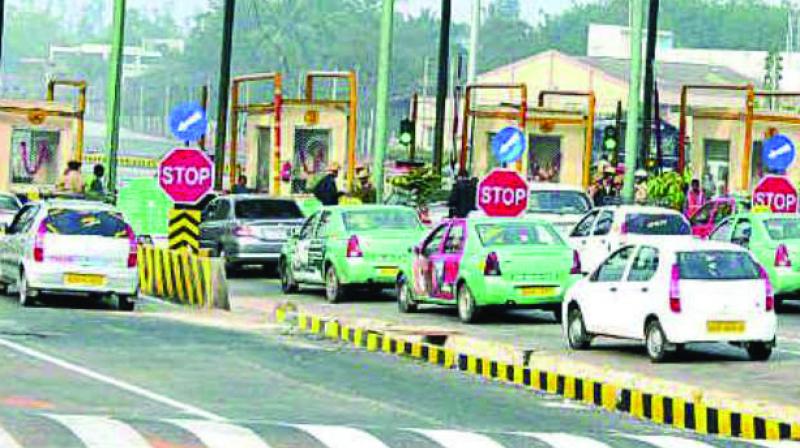 The MSRDC sold the rights to collect toll to IRB in 2004 for 15 years for upfront payment of Rs 918 crore.

Mumbai: The state government is going to take legal opinion of the advocate general (AG) over ending toll collection on the 94-km-long Mumbai-Pune Expressway. This, in the backdrop of activists alleging that the state government is favouring the toll operator by allowing it to collect toll despite the expected revenue being collected.

The Maharashtra State Road Development Corporation (MSRDC) has, however, cited that there is no clause in the contract for shutting of toll collection in case of the contactor reaching the expected toll revenue before the termination of contract in 2019. A senior MSRDC bureaucrat said, “chief minister Devendra Fadnavis inquired with us and said that we should explore (the matter) by obtaining a legal opinion from the advocate general pertaining to legal hurdles if a scenario of shutting tolls on Mumbai Pune-Expressway is explored.”

On Monday toll activists had threatened to file a complaint with the Anti-Corruption Bureau (ACB) against Mr Fadnavis and MSRDC officials under the Prevention of Corruption Act, and, if necessary, take the matter to the court. The MSRDC sold the rights to collect toll to IRB in 2004 for 15 years for upfront payment of Rs 918 crore. Also, IRB, in a statement issued on Monday, had stated that they had shared all relevant factual information on the issue to the state government and cited that the toll collection on the Mumbai-Pune Expressway is in line with the prevailing concession agreement signed between the MSRDC and the IRB.

The BJP government had promised to waive toll for light motor vehicles and ST buses on the expressway. However, the Summit Mullick Committee set up by the state had cited that it would have to take permission from the Centre to amend the concession agreement.