HSC exams: Board unearths 42 copy cases on day one

The flying squads are formed under the directions of the collector and it comprises of police officials. 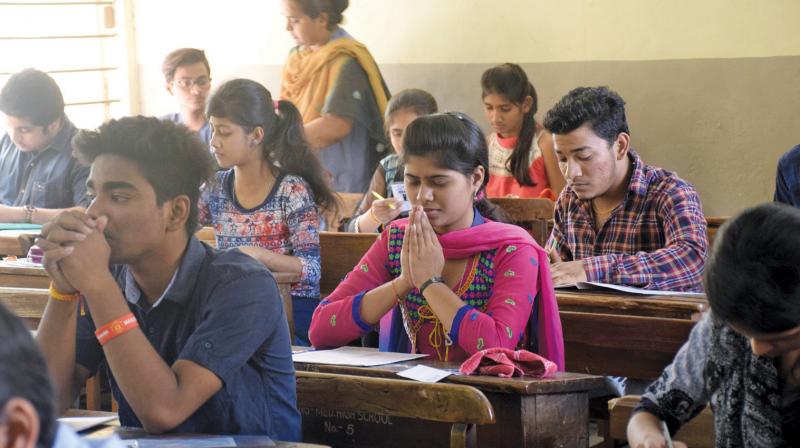 Students at an examination centre in Thane on Tuesday. (Photo: Deepak Kurkunde)

Mumbai: The Maharashtra State Board of Secondary and Higher Secondary Education (MSBSHSE) unearthed 42 cases of copying and malpractices across the state in the Higher Secondary Certificate (HSC) exam that started on February 28. According to data shared by the board. out of the nine regions while Mumbai had zero cases, Amravati had the highest at 16 followed by Nashik and Pune with 11 and 10 cases respectively.

He, however, added that the board had managed to reduce the instances of copying since the past couple of years due to increased vigilance at all exam centres by deploying a large number of officials in the flying squads.

The flying squads are formed under the directions of the collector and it comprises of police officials and officials from other government departments. The board has also asked exam centres to install closed-circuit television cameras to ensure that the surprise visits by the flying squads can be more effective.

Last year, the overall copy cases unearthed by the board in HSC exams were around 600 across the nine regions that include Pune, Nagpur, Aurangabad, Mumbai, Kolhapur, Amravati, Nashik, Latur and Konkan.