The HC recently dismissed Ms Khan’s petition for an SIT probe into causes leading to the death of her daughter on June 3, 2013. 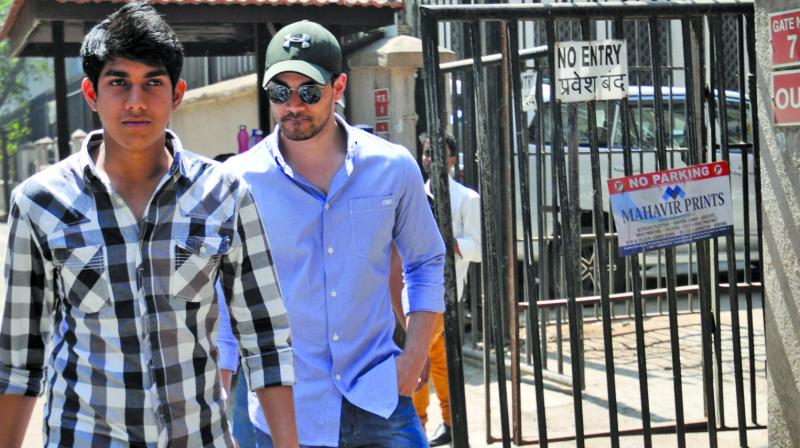 Court will frame charges against Sooraj on March 24th.

New Delhi/Mumbai:Actor Jiah Khan’s mother has moved the Supreme Court (SC) seeking a probe by a special investigation team into her daughter’s death Rubina Khan saying that she is not happy with the CBI probe.

In a special leave petition against a Bombay high court’s order refusing to accept her plea, Ms Khan sought further investigation into Jiah’s death. The HC recently dismissed Ms Khan’s petition for an SIT probe into causes leading to the death of her daughter on June 3, 2013. The CBI had concurred with Mumbai police that Jiah’s death was a suicide and not a murder.

Ms Khan had earlier moved the SC with a similar plea (seeking an SIT) alleging actor Sooraj Pancholi was behind Jiah’s death, but she was directed to approach the HC, which rejected her plea. In the SLP, she submitted pictures of Jiah’s body, the autopsy report and another report by experts in Britain who had stated the nature of injuries on the victim’s body suggested the possibility of homicide.

Ms Khan challenged the chargesheet filed by the CBI charging Pancholi only for abetment to suicide, instead of for culpable homicide not amounting to murder. Known for her role in the Amitabh Bachchan-starrer Nishabd, Jiah was found hanging in her Juhu apartment in Mumbai. It was at the instance of the victim’s mother the investigation in the case had been transferred from the state police to the CBI.

The trial court witnessed high drama on Tuesday when CBI counsel Rajendra Bhatnagar requested the court to keep earlier date for hearing the case because he was busy in some other matter.