The report has been submitted to the B-Ward officer. 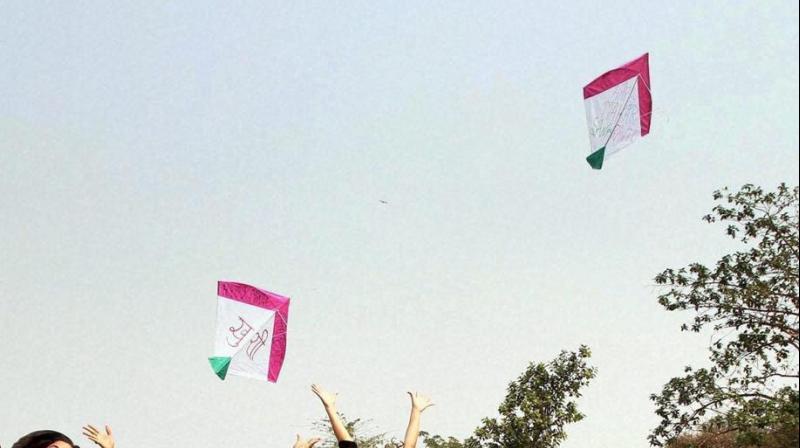 Mumbai Fire brigade report claimed that the string of the kite flown by the children was caught in a high-tension electric cable of the railway line.

Mumbai:Seven boys playfully flying a kite while standing on the roof of a godown that illegally housed combustible material in Masjid Bunder, had inadvertently caused the January 24 fire, which injured all these seven children.

An investigation report by the Mumbai Fire Brigade, with findings of the cause of the Masjid Bunder fire, revealed that the string from the kite flown by the children got caught in a high-tension overhead electric cable of the adjacent railway line. This led to an abrupt spark in the high-tension wire.

As the boys were standing on a galvanised iron roofing of the godown, one child, the kite string, and the metallic roofing sheet, acted as conductors of electricity, leading the spark to combustible material that was illegally housed in the godown.

These details are mentioned in the report filed by the assistant divisional fire officer, Sandesh S. Rane. A senior officer told this paper that the report has been submitted to the B-Ward officer under whose jurisdiction the area falls.

In his recommendation, Mr Rane has requested to appeal to the public to take required precautions to avoid these types of electric accidents and said the residents in the vicinity shall be educated on the dangers posed by the overhead lines.The godown at which the fire broke out is located right next to the Masjid Bunder station.

Eyewitnesses said they saw a spark in a railway overhead wire, and one of the boys — Ramzan Imran Khan (13), who was holding the kite string also got flung on to the railway track number six on the central line. Intensive investigation from the fire brigade confirmed the eyewitnesses’ claims.

The fire brigade report also said that as Ramzan came in contact with the spark, a high voltage electric power load got transmitted through his body and penetrated the metallic roofing.

The godown illegally housed material such as cloth, tarpauline sheet rolls, scrap material, machinery and an LPG cylinder, which blew up as soon as the godown caught fire, aggravating it further.

Following these observations, the Mumbai Fire brigade confirmed that the owner of the godown has not been identified so far. However, the godown does not have requisite licenses to store combustible material, as well as a fire no-objection certificate (NOC) from the fire brigade.