Radhe Maa posters back in city after year

Radhe Maa shot to infamy after some of her devotees made a series of allegations against her. 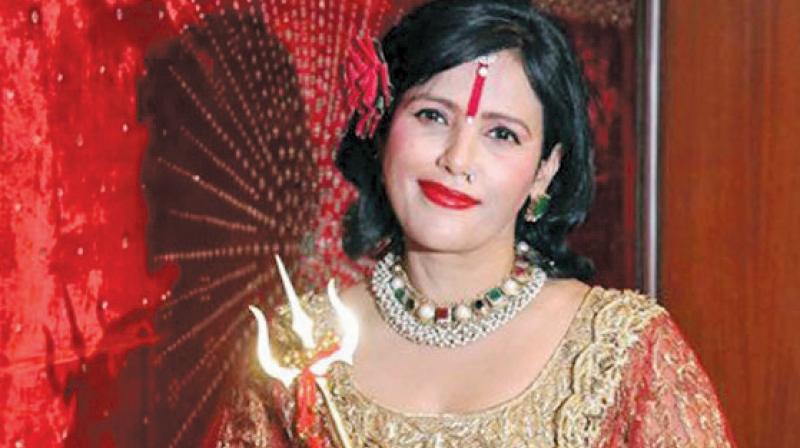 Many claim the godwoman’s large-scale upcoming event is being held in Delhi to avoid eyeballs.

Mumbai: ‘Pure and pious’ Radhe Maa’s posters have been spotted in the city’s Western Express Highway after almost a year.

The controversial godwoman’s supporters are upbeat, because her first big event, after a slate of controversies, is going to be held on March 3, in Delhi. Radhe Maa shot to infamy after some of her devotees made a series of allegations against her. Many claim her event is being held in Delhi to avoid eyeballs, but people close to her denied this and said they would soon hold a bigger function in Mumbai. Donations will be accepted and camps are to be organised for the function.

Posters of Radhe Maa, which once use to adorn Mumbai skyline disappeared after last year several allegations against her emerged after a once-close confidante began speaking out against her. Making things worse for her, videos of her dancing and singing started grabbing headlines.

The godwoman’s aide Sanjeev Gupta, said, “We are holding a big function in Delhi, as her devotees from the city invited her there. It will be a big programme.”

According to Mr Gupta, Radhe Maa will be holding a function in Delhi after a gap of around 10 to 12 years. Apparently, the godwoman had been holding functions in Borivali, but they weren’t big enough. Denying allegations that the upcoming grand event was shifted to Delhi because Radhe Maa was attempting to lie low, Mr Gupta said, “All these controversies were media-made. Radhe Maa had done nothing wrong and we have got a clean chit from all places. Next year we  hold a big event in Mumbai.”