Ex-CM alleges poor coordination between it and marketing dept. 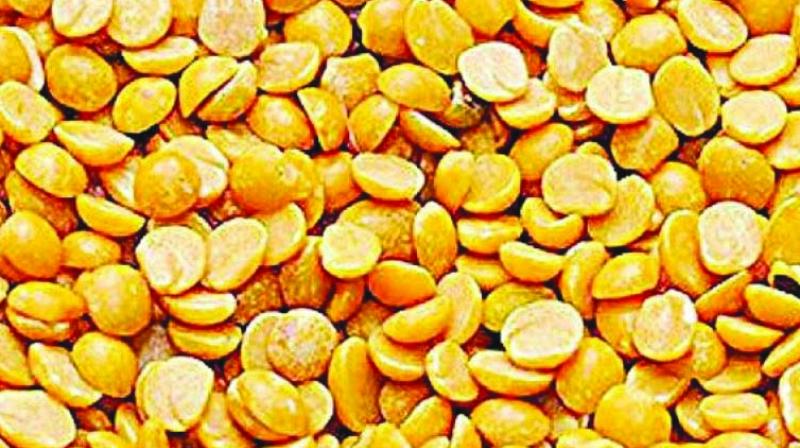 The state has 316 tur procurement centres.

Mumbai: The Maharashtra government’s latest assessment of tur dal (pigeon pea) production has exposed its marketing department’s seeming ineptitude in the wake of the ongoing tur crisis in the state.

Marketing minister Subhash Deshmukh had, in a written reply on March 17, mentioned that the department’s assessment of tur production was 11 lakh metric tonnes, but last week chief minister Devendra Fadnavis’ office said that the same had increased to 20.35 lakh metric tonnes. This discrepancy shows that the department is not aware of the exact quantity of tur production till mid-March, when farmers had begun taking tur to procurement centres.

This clear lethargy on the side of the department has led to mismanagement and farmers have to suffer, alleged former chief minister Prithviraj Chavan. The marketing department’s reply on March 17 reads, “Tur production for 2016-17 will be 11.71 lakh metric tonnes and adequate preparation is being done by department.”

This indicates that the information given by the marketing department could have hampered the preparation for procurement and also probably misled the Assembly. Terming it a ‘serious mistake that led to the chaos on the ground level, Mr Chavan said, “How could two estimates within a month go wrong with such huge a difference? It means there was no coordination between the ministry of agriculture and the marketing department. This affects farmers very badly,” said Mr Chavan.

According to data, the state as of now has 316 procurement centres, which have procured 4.85 lakh metric tonnes of tur. The Maharashtra government has requested to the Union government to postpone the deadline for tur procurement. Last year, when tur production was the lowest in this decade, tur rates had risen up to Rs 11,000 per quintal. This hike in prices as well as Prime Minister Narendra Modi’s appeal to farmers to sow the pulse led to huge production.