The district-level authorities also claimed that the GR was meant only for the Army personnel who had received gallantry awards. 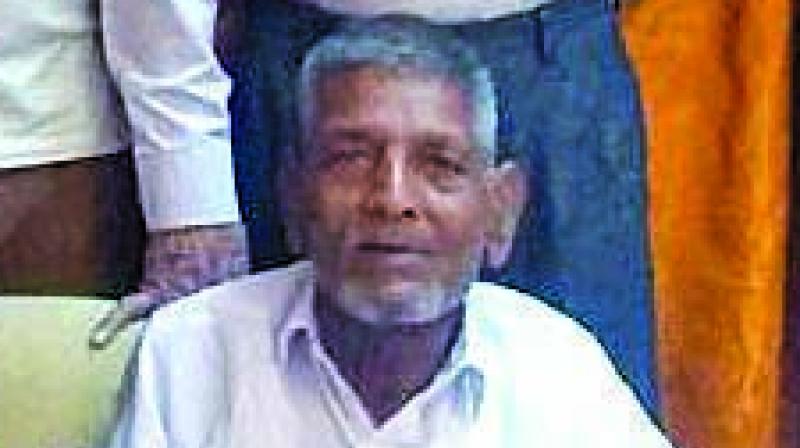 Mumbai: Complying with a Bombay high court directive, the state government has released Rs 50,000 to former army man Hindurao Ingale, who had sustained injuries while on duty during the 1971 India-Pakistan war.

He had approached the high court pointing out the state government’s apathy in providing him land as per its own government resolution (GR) that provided for such a grant to soldiers injured in war.

The court had in March directed the state to allot a piece of land in accordance with the 1971 GR and imposed a penalty of Rs 50,000 on the state that had to be paid to him.

The government has meanwhile sent a letter to Mr Ingale, informing him that the land allotment procedure had begun and would get over

Mr Hindurao Ingale, (68) served as a driver in the ‘216 Medium regiment’ when, during the 1971 India-Pakistan war, he sustained bullet injuries to his leg. The injury turned into a bone infection which resulted in his becoming a disabled person. Due to this Mr Ingale was discharged from the Army in 1975.

Mr Ingale had written in vain several letters to the state and Union government seeking benefits under the December 30, 1971 GR.

In 2008, he wrote again to the Maharashtra Social Justice Department, which finally forwarded his letter to the Satara district collector's office.

The collector's office and the zilla sainik welfare officer, however, rejected his request on the ground that there was no proof his injuries aggravated while still in service.

The district-level authorities also claimed that the GR was meant only for the Army personnel who had received gallantry awards.

A division bench of Justice Abhay Oka and Justice Riyaz Chagala, while passing its order on February 27, remarked, “It was unfortunate that a retired Army man had been a victim of such apathy and that he had to run from pillar to post to ask for benefits that he was entitled to.”