With more than 30 camera traps, FD will study their habitat. 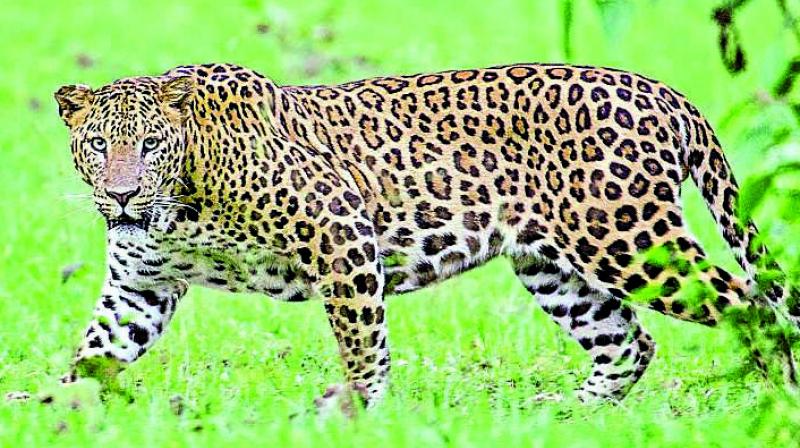 In a similar exercise at SGNP this year, around 41 leopards were found within the national park and adjacent periphery.

The move came after the rising cases of leopards straying into human populated areas like Mulund, Thane among others. In a similar exercise at Sanjay Gandhi National Park this year, around 41 leopards were found within the national park and adjacent periphery.

leopards outside the national park to tackle man-animal conflict in a more systematic way in future.

“In the earlier census of leopards in SGNP, there were new leopards that could not be identified with our existing database, while some old ones were missing.

It shows that the leopards might have found new habitatsoutside the nationalpark or some new ones have found habitats inside it.

This led us to begin the study on their patterns,” said Jitendra Ramgaonkar, deputy conservator of forest, Thane forest department. Of the 41 leopards photographed this year during SGNP census, 14 matches were found in the database from 2015.

The remaining 27 leopards were photographed for the first time and 21 leopards from the earlier 2015 census were not spotted. Also, six of these 41 leopards match were also photographed in 2011.

Various independent researchers have collaborated with the forest department to cover forest areas at the periphery of Mulund, Bhandup, Nagla, Borivali and Ghodbunder road, Thane, Ulhasnagar among other areas.

“Our organisation has received 12 cameras from the forest department. The study will give us an idea on the migratory and diet patterns of the leopards,” said Nitesh Pancholi, vice-president of NGO track.