However, a RTI activist revealed that the government does not have any data regarding what leads to such accidents. 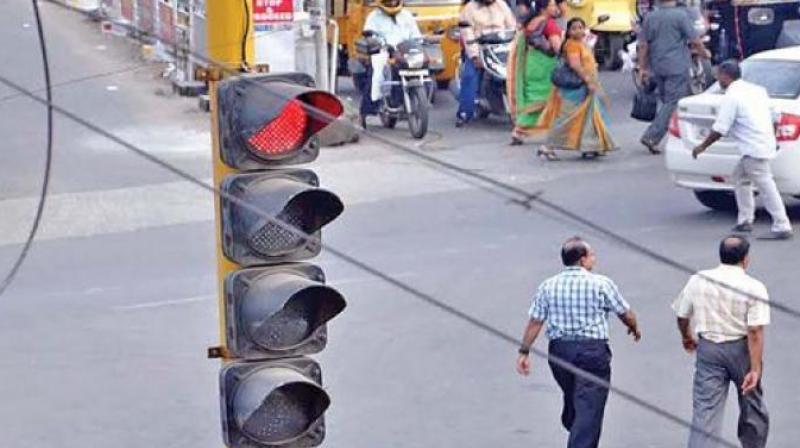 Mumbai: It has been observed that the vehicles, be it private or commercial rev their engines five seconds before the timer goes off at the traffic signals leading to accidents in the city. The traffic police is now trying to come up with a solution and might consider removing timers at signals on an experimental basis at five places in the city, to see if it lessens the signal jumping incidents. However, a RTI activist revealed that the government does not have any data regarding what leads to such accidents.

Amitesh Kumar, joint commissioner of police (traffic) said, “The signal jumping in the city have become a menace. Although installation of CCTV cameras has brought down the number of violations, such incidents still occur, putting the motorists' as well as the pedestrians’ life at risk. In a bid to put an end to this, we are considering to remove these timers on an experimental basis.”

The data procured from the Mumbai police's traffic department revealed that there was a slight rise in the number of fatal road accidents. In the year 2017 it was 490 whereas in 2016 it was 467.

When asked a senior traffic official about these rising numbers, he said, “The motorists are often in a hurry, and find it very convenient to jump signals a few seconds before it turns green, and end up either hurting or getting hurt. The information gathered by the traffic department shows that 38 per cent of the fatal accidents comprised of motorists, and a probe stated that 27 per cent of them died due to jumping signals.”

However, the places where timers will be taken off have not been decided yet.