Dr Sanjay Pingle, secretary of IMA, said, “The strike was called only for OPD. All trauma and emergency sections were operational. 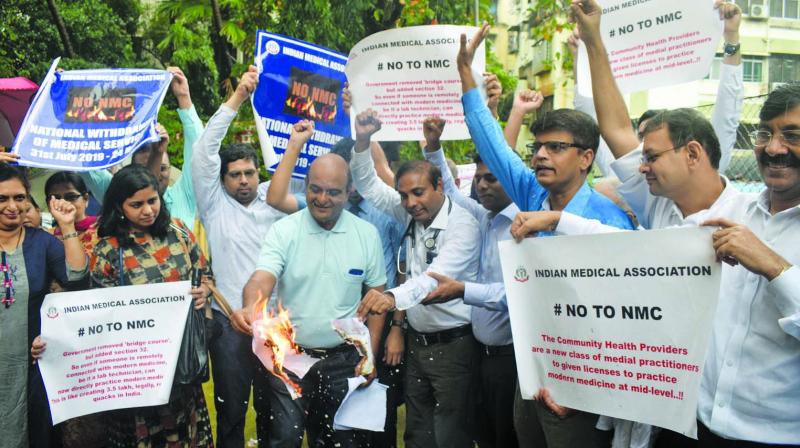 Mumbai: Around 10,000 doctors across the country went on a 24-hour strike Wednesday, impacting outpatient department services. The one-day token strike (Wednesday 6 am to Thursday 6 am) was called by the Indian Medical Association (IMA), the country’s largest body of doctors, to protest the proposed legislation that doctors fear will increase corruption in admissions and the cost of medical education.

The doctors stayed away from providing non-essential services, in response to the IMA’s call. However, emergency services and other departments like intensive care units (ICUs) remained operational.

Dr Sanjay Pingle, secretary of IMA,  said, “The strike was called only for OPD. All trauma and emergency sections were operational. The doctors who were members of the IMA both in government and private hospitals participated in the protest, including medical students.”

Dr Pingle said, “There were no big demonstrations, however, that will happen during the next stage of the protest. The second stage and date of protest will be revealed soon. There was no response from the government till Wednesday evening to the protest called by IMA.”

The protest by IMA doctors and medical students across India has been called to oppose the National Medical Commission Bill, 2019, that was passed by the LS on Monday and is awaiting approval by the Rajya Sabha.