The woman sought action against him under the Domestic Violence Act claiming that Dattu had forced her to abort her foetus. 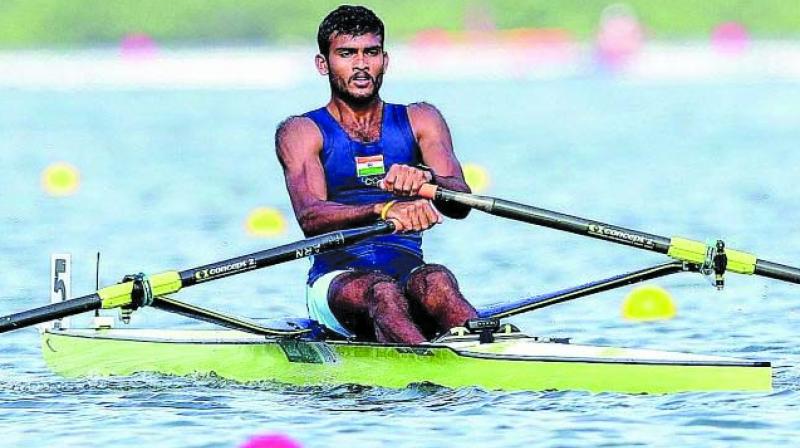 Mumbai: The Bombay high court has given relief to Olympian Dattu Baban Bhokanal in a domestic violence case. The high court rejected a petition filed against Dattu by a woman, alleging sexual harassment and refusal to accept her hand in marriage.

The woman sought action against him under the Domestic Violence Act claiming that Dattu had forced her to abort her foetus. Dattu can now participate in the 2019 World Rowing Championships, which are to be held in Ottensheim, Austria from 25 August to 1 September 2019.

A bench of Justices Ranjit More and Bharati Dangre was hearing a petition filed by Dattu, seeking quashing of the FIR filed by the Nashik police under sections 498 A (husband or relative of husband of a woman subjecting her to cruelty) and 420 (cheating and dishonestly inducing delivery of property) of the Indian Penal Code (IPC), after his wife, a police constable, complained that Dattu had been harassing her mentally and physically.

Counsel of the 28-year-old rowing champion from Nashik argued that if the charges against him were not quashed, he would not be able to attend the competition. Dattu was India's only rower to compete at the 2016 Rio Olympics.

His wife also alleged that the couple had got married as per Hindu rituals, and while Dattu promised to get their marriage registered, he failed to do so on the scheduled date.

On Wednesday, Dattu’s lawyer told the high court that his client had not been able to get the marriage registered on the said date because he had to participate in a sporting event. The bench accepted the argument.

His wife argued that she was being harassed for dowry and that she had deposited a certain amount in her brother-in-law’s account.

The bench while quashing the FIR said, “The FIR does not disclose an offence under sections 420 and 498 A. There is no evidence in support.”