The rescue team was deployed at Bhendi Bazar on Tuesday after the six-storey building collapsed, killing more than 20 people. 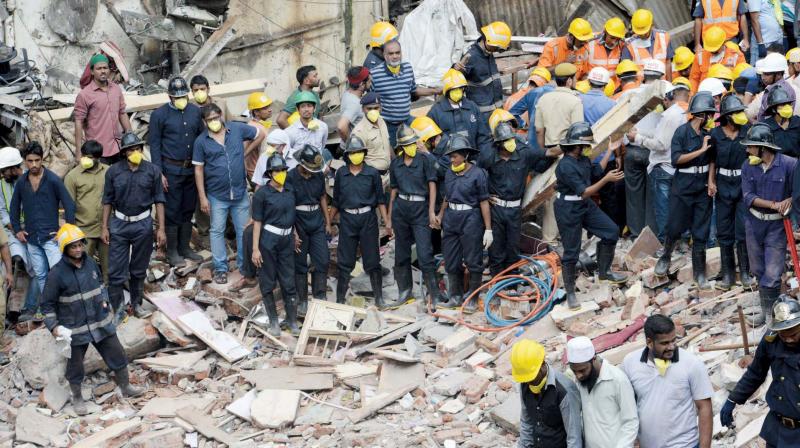 Mumbai: For the first time, a fire brigade team comprising 40 female trainees arrived on Thursday morning to take part in the rescue efforts being carried out following the collapse of the six-storeyed Hussaini Mahal building in Bhendi Bazaar area of south Mumbai. The trainees assisted the fire officials and the rescue team who were already present at the spot. According to a fire official, around 67 women, in the 22-25 age group, were admitted to the fire department three months ago.

Avinash Shirke, an instructor at the fire department for 25 years, said,  “It is a part of their training. Along with assisting the fire team, they are expected to observe the situation, panic levels and work accordingly. This is the first time that we brought a women’s team to help with rescue work at a collapse site.”

Sulthana Pathani, one of the trainees said, “Yes it is our first time. We are learning how to handle the crowd and control the situation during such rescue operations.”

The rescue team was deployed at Bhendi Bazar on Tuesday after the six-storey building collapsed, killing more than 20 people.