Expected to construct structure by Jan. 31 next year. 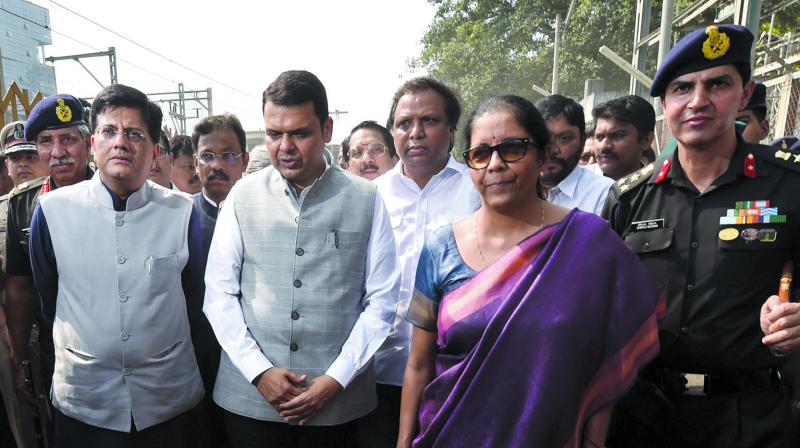 Mumbai: In an unprecedented move, the Army will construct a new foot overbridge (FOB) at Elphinstone Road railway station — which witnessed a major stampede on September 29 — within the next three months. This comes as a huge respite to commuters, as the Railways would have taken at least one year to construct the bridge due to procedural formalities.

The Army’s deadline for building the bridge is January 31, 2018, while the Railways is concurrently building another FOB at the station, which will be ready in a year.

Throwing light on why the Army was roped in, sources said that the time taken for Railways to build the same FOB by itself would have been far too long, and it lacked the proficiency of the Army, Border Roads Organisation (BRO) and General Reserve Engineer Force (GREF), which have strong operational expertise in road and bridge construction.

Railways, in a statement, said the help provided by the Army during the Mumbai-Goa highway bridge collapse in August 2016  was  commendable,  and that the Army had jumped into action  to restore  and repair roads damaged in over 1,000 places when the 2014 Jammu & Kashmir flash floods took place. The statement also mentioned the time when the Army stepped in and rebuilt in record time a bridge that had suddenly crashed near Nehru stadium ahead of the Commonwealth Games in 2010.

Stating that the Army is bringing in engineers who are used to working on short notice and that too in extreme weather, an Army official told The Asian Age, “The engineers are told to build bridges that are strong
enough to carry artillery and bear the load of tanks when we are engaged with the enemy.” He added, “The railways in Mumbai deals with intense pressure of commuters and, as explained to us by Railway officials, they have only four hours every day to work with. In fact, we can do it before the January 31 deadline but the railways has told us that they want to keep some cushion time just in case.”

The Army has been conducting its own inspections in secret for the past three to four weeks, in order to gauge the nature of its work. “We were told to keep the army’s involvement under the wraps, which is why all inspections were done in the night-time,” said a railway official.

Until now, the Army has only worked upon railway stations in the North, South and the Northeast, due to the difficult terrain of certain areas.

It usually takes Railways two years on a average to build an FOB under normal circumstances, but an exception was made for the new Parel-Elphinstone bridge after the stampede, and it was announced that it would be constructed in a year. However, this too was deemed unacceptable and Union railway minister Piyush Goyal personally made a call to defence minister Nirmala Sitharaman to have the Army come onboard.