Metro tunnel under agiaris to proceed

As per Zoroastrian scriptures, a fire temple’s holy fire must be at the ground level and connected with the centre of the Earth. 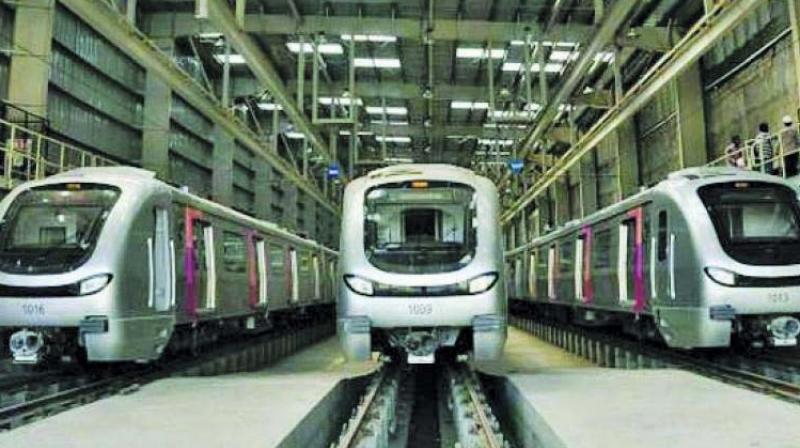 MMRCL, a joint venture of the state and central governments, is building underground Mumbai Metro Line 3 that would connect Colaba in South Mumbai via Bandra to Seepz, a special economic zone in the northern part of the city.

Mumbai: The Bombay high court on Friday vacated the stay and allowed underground Metro work to be carried out in South Mumbai. The work was stopped after members of the Parsi community had approached the high court, saying it could cause structural damage to two Parsi temples in the city. The court allowed the work to be carried out after a high court-appointed committee said there is no danger to the temples. The HC has also granted two week’s time to the petitioners to approach the Supreme Court.

The division bench of chief Justice N.H. Patil and Justice R.G. Ketkar disposed of the petition granting permission to Mumbai Metro Rail Corporation (MMRC) to continue boring of tunnels under Atash Behrams for underground Metro III project. The court however, has imposed certain conditions for allowing construction that include that authorities will ensure that no damage is caused to the two Atash Behrams i.e. H.B. Wadiaji Atash Behram and Anjuman Atash Behram during execution of tunnelling work.

Other conditions are that there should be round the clock monitoring of vibration level as well as for water levels of the wells situated in the premises of two Atash Behrams. “They (authorities) shall take necessary precautions in that regard by installing requisite number of ground water charging wells,” said the bench.

Members of Parsi community had filed a bunch of petitions seeking directions for restraining the government, MMRDA and MMRC from carrying out construction of any tunnel or underground work, which passes under the premises of the H.B. Wadia Atash Behram or Zarhosti Anjuman Atash Behram. The petitioners sought that the construction work should be carried out at such a distance, which may not cause damage to the structures.