While the theatre hall is in a damaged condition, the trial rooms are rented for trials of dances and theatre shows. 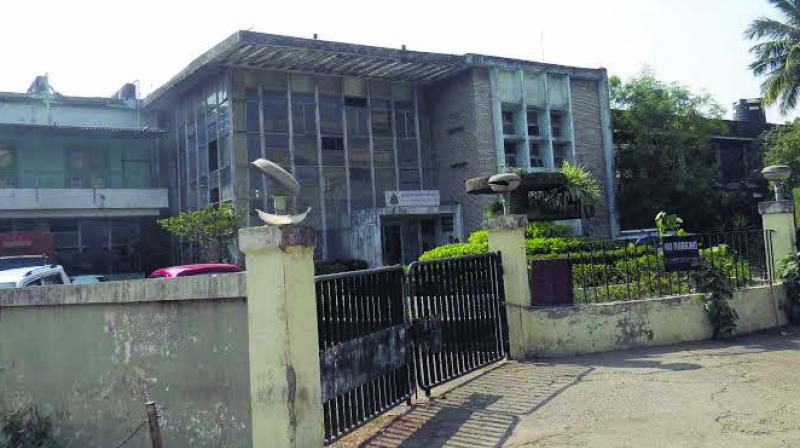 Mumbai: A city landmark and cultural centre - the Birla Krida Kendra - will soon be a thing of the past as the Brihanmumbai Municipal Corporation (BMC) has decided to handover the land on which it stands to the Mumbai Port Trust (MbPT) for construction of a multi-purpose jetty.

The MbPT plans to develop the place as a tourist attraction. According to civic officials, the Birla Krida Kendra, which occupies 6,472 square metre, houses a drama theatre, multipurpose halls, and a restaurant.

While the theatre hall is in a damaged condition, the trial rooms are rented for trials of dances and theatre shows.

According to MbPT's master plan to develop Mumbai as a tourist centre, a multi-purpose jetty will be set up at GirgaumChowpatty. To connect the jetty to Marine Drive, the BMC will hand over the land to MbPT. The land will be used to set up a terminal for arrival and departure of passengers, washroom, storeroom and a restaurant at the jetty.

A senior civic official said, "For the coastal road, the BMC requires 500 square metre of land from MbPT. In lieu of this, the BMC will hand over the Centre plot to MbPT. Thus, there will be no need to charge a transfer fee."

According to the proposal, the BMC will hand over 2,791 square metreland to MbPT while the remaining 3,681 square metrewill remain with the civic body.

The Birla Krida Kendra was once a theatre lovers' paradise with a regular line-up of plays in several languages. It also hosts functions, performances and concerts.

Birla Krida Kendra's 6,472 square metre land was leased by the state government to the BMC in 1957 for a period of 99 years at an annual rent of Rs 1. It was built by Rameshwardasji Birla and commissioned on October 17,1965.