Activist seeks inquiry against Sharad Pawar and others involved. 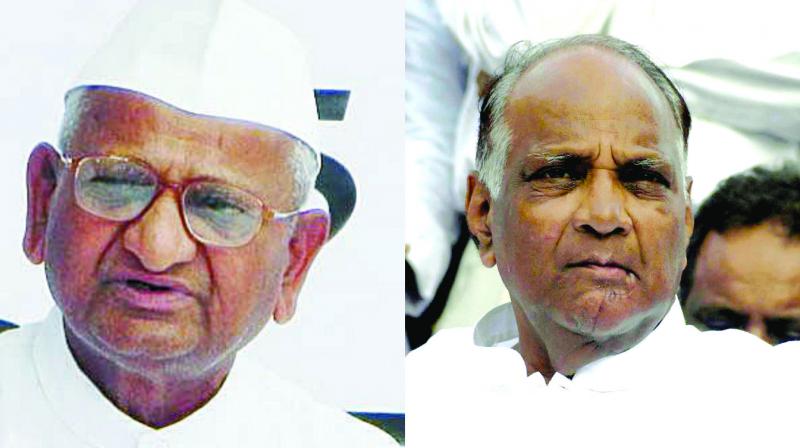 The high court on January 6 had asked Hazare to first approach local police and lodge a complaint before seeking CBI inquiry into the matter. Mr Hazare has named NCP president Sharad Pawar and his nephew Ajit Pawar, a former state minister, among others involved in the scam. Sources said that apart from them, names of politicians including the then agriculture minister and several bank officials too figure in the application.

The 170-page application was submitted by Hazare along with his lawyer Satish Talekar and a clutch of supporters. The document was to be submitted to Mumbai police commissioner, Dattatray Padsalgikar, however since he was unavailable in office due to prior commitments, Hazare and team were directed to the MRA Marg police station.

Sanjay Patade, a representative of Hazare, said, “The state cooperative bank officials first cleared loans worth several crores of rupees to these sugar factories and disbursed them. However, the companies were later liquidated and were systematically privatised. We are opposing this plan and want ownership of these factories to be with the state.”

Out of 203 sugar factories, at least 48 are in the process of changing hands and becoming private entities. Mr Patade added, “There have been reports from NABARD, CAG and other agencies which have fixed responsibility on the state cooperative banks and their directors.” The application has been accepted by MRA Marg police station and officials said they will look into it and take necessary action. “We are going through the specifics that have been mentioned in the complaint application and no case has been registered yet,” said a senior police officer, requesting anonymity.