Another major decision, that of giving a Rs 11,00,000 crore credit outlay for disbursing loans to farmers, has also got a positive response. 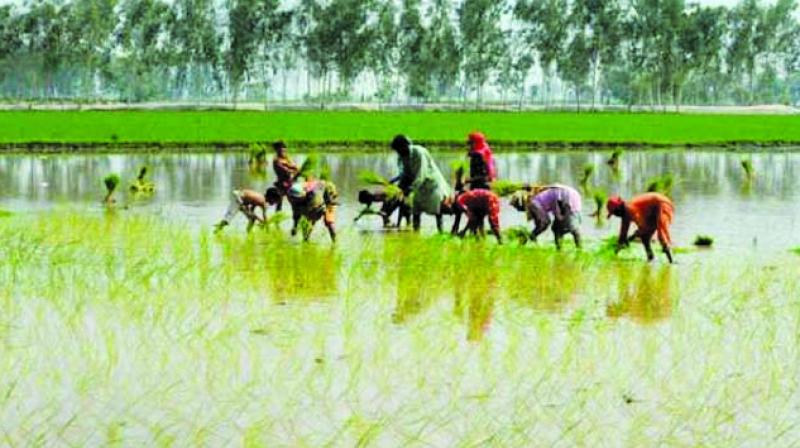 Milind Murugkar has raised doubts over the MSP decision.

Mumbai: Farmers in the state have given a mixed reaction to the Centre’s provisions in the annual budget for the agrarian sector.

One such provision — increasing the minimum support price (MSP) for crops to 1.5 times of the cost incurred by farmers for production — was welcomed by a few farmer leaders. “Modiji has fulfilled his promise of making a budgetary provision to increase MSP of crops by 1.5 times the price of their production cost....  We welcome it wholeheartedly,” said minister of state for agriculture and farmers’ leader Sadabhau Khot.

However, some experts believe that the move is political in nature rather than practical. Farmer leader Raju Shetti of Swabhimani Shetkari Sanghatana (SSS) dismissed the budgetary provision for rabi crops as jugglery of numbers while Leader of Opposition Radhakrishna Vikhe-Patil termed it unrealistic. The Congress leader also said that the budget has not brought any relief for farmers, middle class and salaried people.

Another major decision, that of giving a Rs 11,00,000 crore credit outlay for disbursing loans to farmers, has also got a positive response. Kishore Tiwari, chairman of Vasantrao Naik Shetkari Swaval-amban Mission, said the move would alleviate the plight of farmers. “Agriculture loans was a major problem for farmers. But this decision is huge and beneficial for farmers,” said Mr Tiwari.

Meanwhile, expert Milind Murugkar has raised doubts over the MSP decision. “In this financial year the state government declared the fair and remunerative price (FRP) for sugarcane. But there is a situation where mills have failed to give it due to various genuine reasons. So, declaring MSPs is old process. The Union Budget should have shown how the money is actually being given to farmers. That was not done,” said Mr Murugkar.

There were also doubts in minds of bankers who deal with farm loans. “Banks are refusing to give loans to farmers, citing various reasons. The government need to give clear instructions. The credit system will only be strengthened if the government relaxes the various norms for clearing farming loans,” said Devidas Tuljapurkar, secretary, Maharashtra State Bank Employees Union.

Slamming the provisions, Mr Vikhe-Patil said, “Just making an announcement of MSP won’t work. There should be complete mechanism in place about how the prices will be given in such cases. The reality is, plummeting agricultural prices is connected with many policy decisions of the government. Even now, there are a huge amount of MSPs but farmers are receiving lesser prices in comparison. So, this announcement is just for the headlines and nothing else.”

Ajit Navale of the farmers’ core committee concurred. “Who will pay farmers 1.5 times the amount of their production costs? Traders. Do they follow the government’s orders? Has the government shown the will to act on them?”