Transplanted trees not cared for by MMRC: Tree committee

The sites where trees were re-transplanted were also inspected. 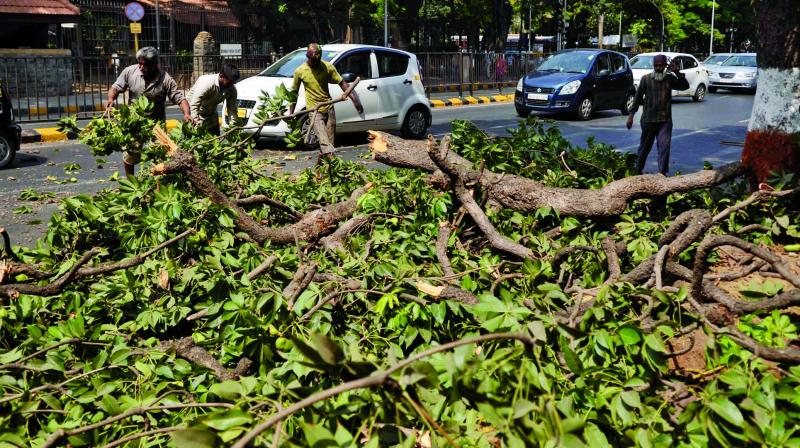 The report also mentioned that trees at PWD, Bandra and Kandivali Sports Complex are not watered properly.

Mumbai: The Tree Committee appointed by the Bombay High Court (HC) regarding tree cutting and transplantation for Metro 3, has confirmed in its latest report that several transplanted trees were not sprouting due to lack of proper care after the plantation process.

It has now suggested that the Brihanmumbai Municipal Corporation (BMC) should assist in the management of the transplanted trees.

“There are a considerable number of trees which have not shown any signs of sprouting. It appears that these trees have been transplanted properly, but aftercare is also necessary. It is noticed at some of the transplantation sites, that the trees are neglected,” read the report.

“The MMRC has earlier assured that they would maintain the trees for five years. Even an arborist was called for the same to ensure that trees are properly transplanted,” said Zoru Bhathena, tree activist.

The report also mentioned that trees at PWD, Bandra and Kandivali Sports Complex are not watered properly. “From the inspection made at the site, it seems that persons authorised by the MMRC (Mumbai Metro Rail Corporation) do not appear to take care of the transplantation at various sites,” stated the report. It has requested that the BMC tree officers should check the maintenance of trees carried out by the MMRC.